Drawing For Comic Books No.2 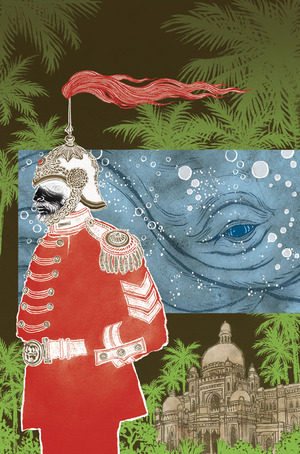 Working as a cover artist for DC Comics Vertigo has been a whole different experience from my regular life as an editorial illustrator. And  I am having a lot of fun getting challenge to keep myself stimulated and to try out new things.For example, I work with editors instead of art directors, but editors in comic books deal with images, so they are sort of in a way in between editors and ADs. Other challenges include: change compositions and color schemes dramatically each issue, and yet keep the mood of the whole series throughout, reinventing characters that are drawn by interior artist and make them similar yet in my way, etc.The 5th issue of The Unwritten (written by Mike Carey, illustrated by Peter Gross) has just come out in comic book stores this week, and at my studio I am busy working on the 9th cover. (We work way ahead.)

It has been a while since I talked about the first cover, so I wanted to post about the latest issue. (The story of this issue deals with British colonization of India, Moby Dick and Mark Twain.)

First step is thumbnails. I draw lots and lots of rough ideas. I am extremely neurotic about compositions, so I often draw the same idea over and over until I come up with a good composition. Of course, a lot of ideas won’t work and get ditched at this stage. I jot down keywords on the side of the paper which helps brain storming. 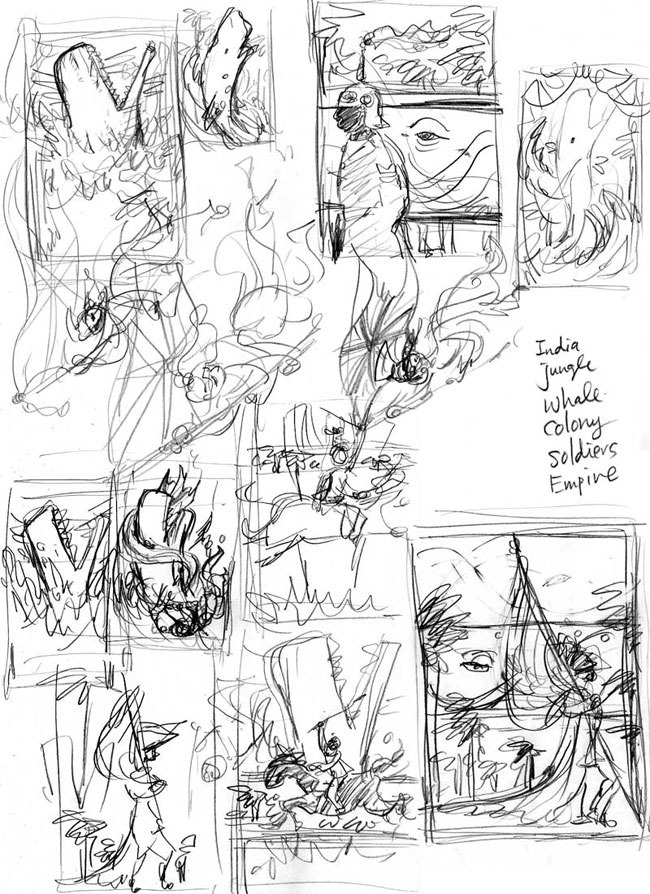 Four sketches are submitted. I am often unsure if any of them would work, and get nervous until my editor Pornsake Pichetshote calls me back. (Yes! My editor still makes phone calls!!) 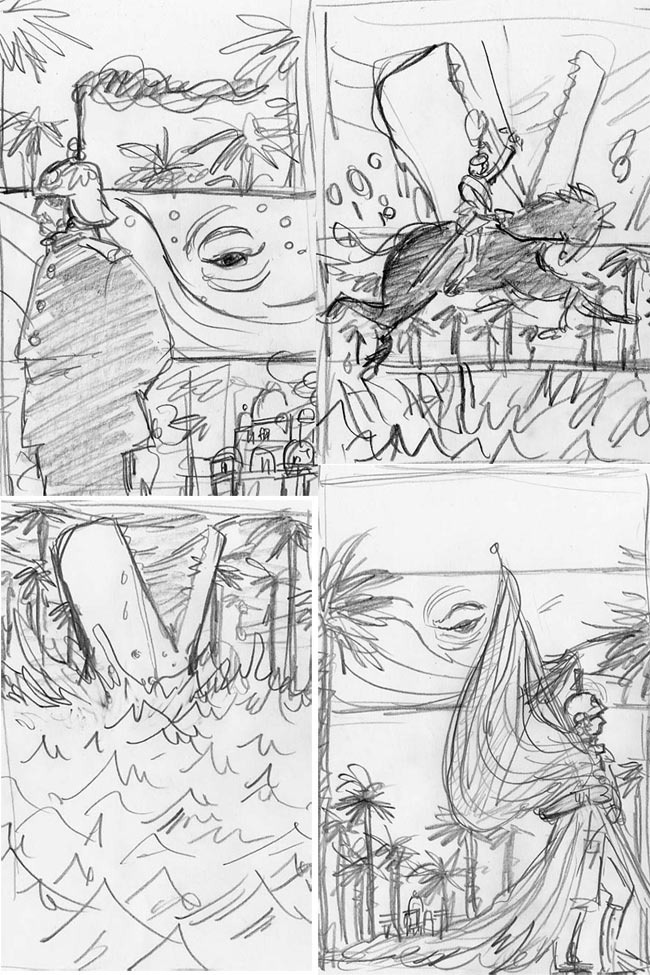 Some references and inspirations downloaded from internet. It is important for me to really ‘feel’ the environment I am drawing. So, the photos of Indian jungles are not just for reference, but also to help me getting into the mood of the far away place I have never been. 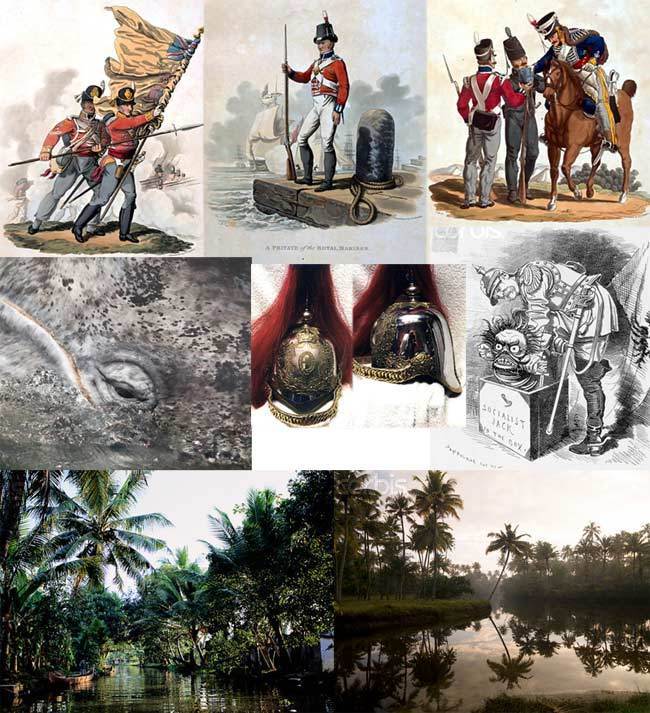 I usually like to draw an illustration in one-shot, but in this image, it made sense to divide into four parts. 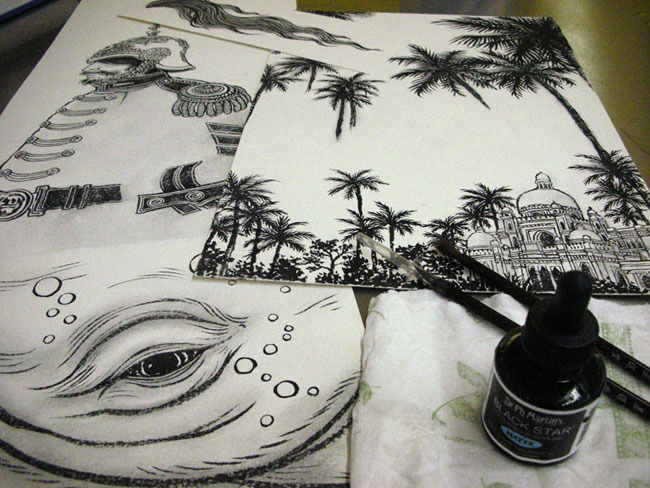 Back by popular demand, screen shot of all my Photoshop layers. 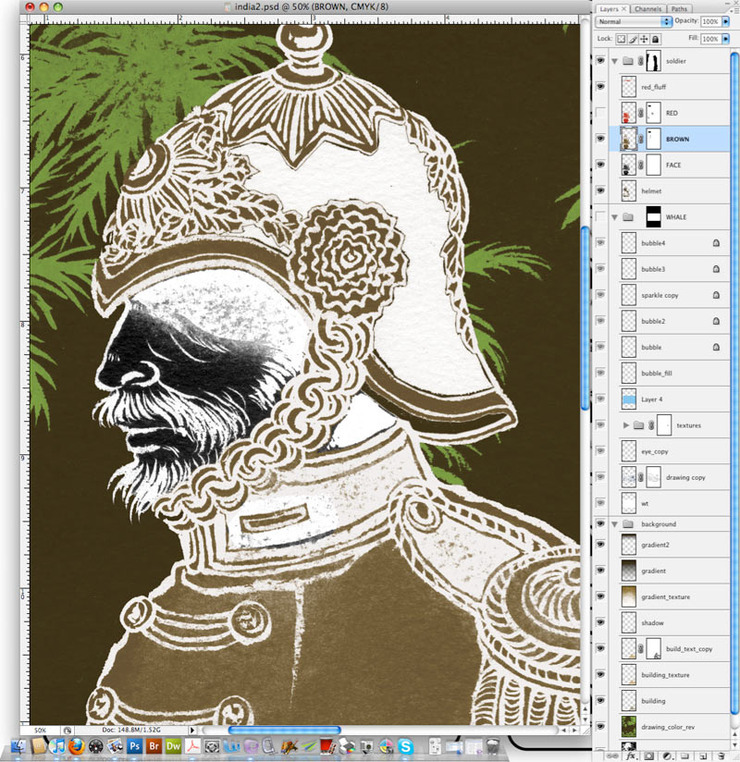 This illustration is in three parts. Background, the English man, and… 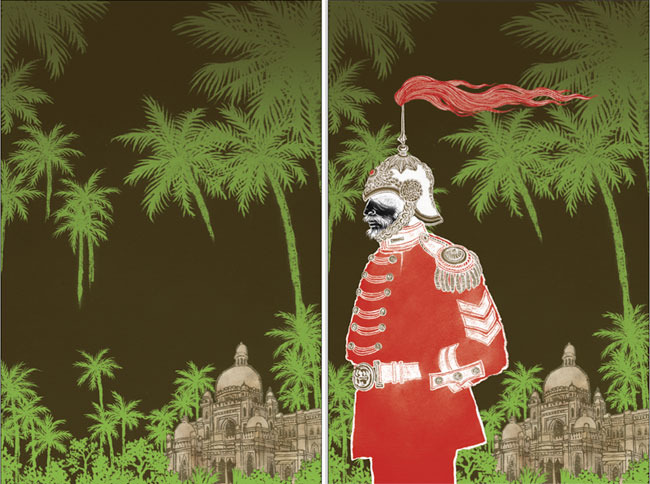 … the whale eye layer-set finishes the image. Small bubbles were drawn separately as well, so the image is consisting of total of 5 separate drawings put together on Photoshop. 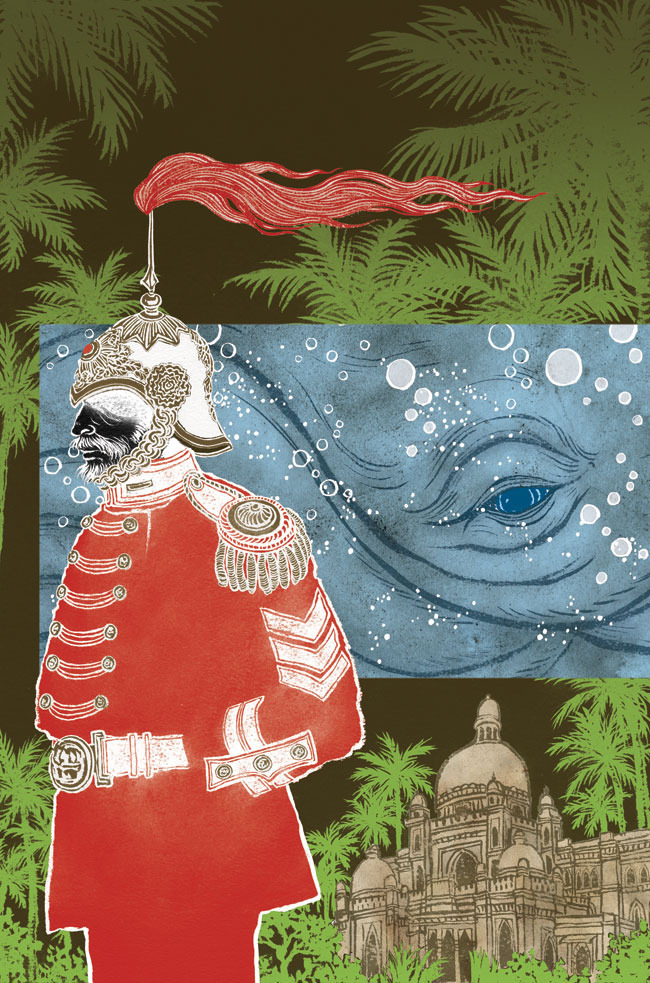 All the five covers published so far. Thanks to the fantastic team of Mike, Peter and Pornsak, and everyone else who’s involved in The Unwritten, the series is doing well, and the first two issues got completely sold out and went into the second printing. Yay.I will try and post processes of some of the older covers as well. 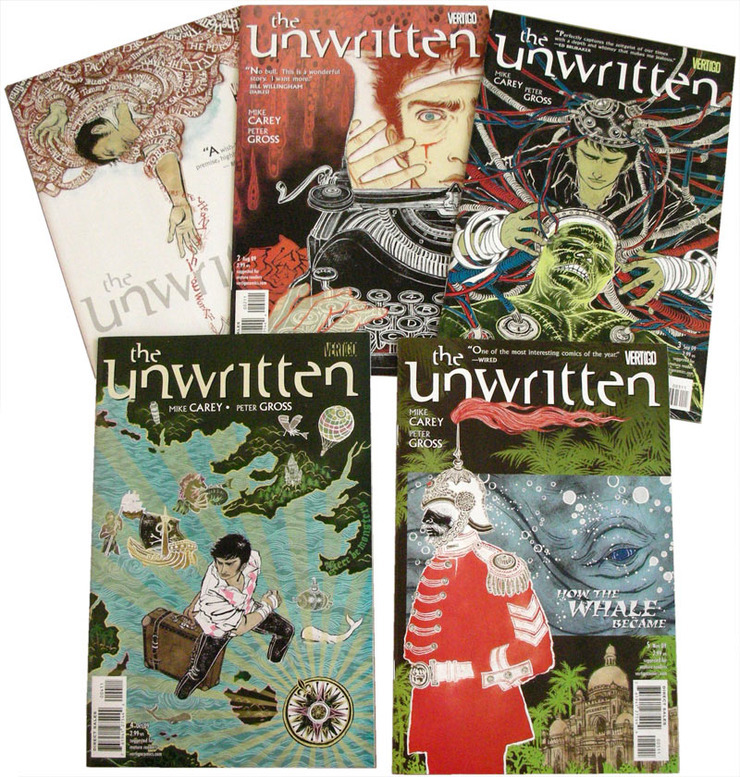