Drawing For Comics No.3 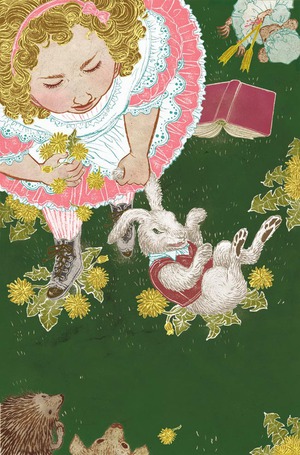 Yeah pollen is killing me, but I am still celebrating the arrival of spring!The newest post is the latest DC Vertigo comic book cover that is also perfect for the season. The issue came out last week.

The Unwritten (written by Mike Carey, illustrated by Peter Gross, and for this issue by: Zelda Devon and Kurt Huggins) is cerebrating its’ first year anniversary with this 12th issue this month. And, the first volume (collection of issue 1 ~ 5) made the New York Times’ best seller list. Hurrrrray!

Because of the nature of the story (I won’t get into the details, let me just mention that there are a lot of famous novels in history appearing in each issue. The rest, please read the series!) I get to jump around in ideas and concepts each issue.

Considering the main characters were in Nazi occupied Germany last issue, it is refreshing to illustrate cute animals for this one. 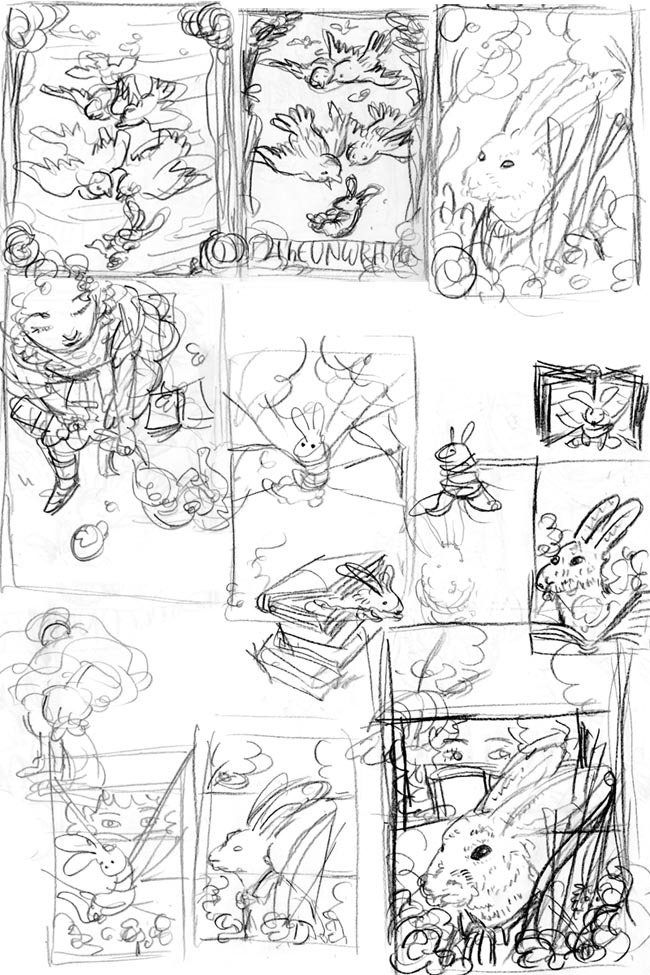 Every assignment starts from tons of thumbnails. I often talk to my students about the importance of thumbnails yet seldom post my thumbnails on Drawger, so here they are. Basically, these are really rough small sketches I make as I think of different ideas. 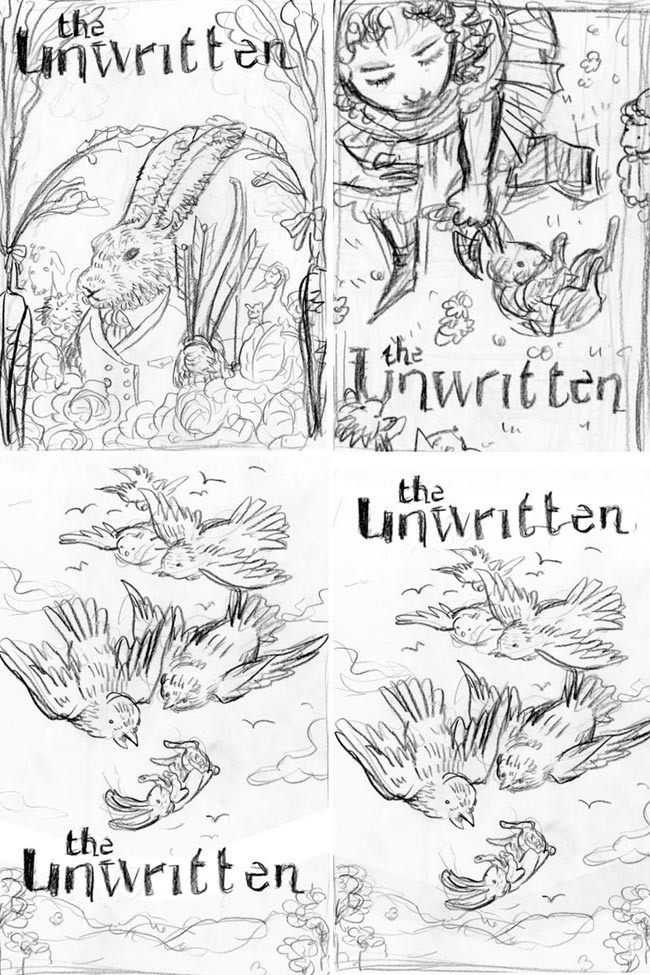 After thumbnails, the next step is to create sketches. As you can see, many of my thumbnails never made it to the sketch stage.

Various reference materials and inspirations downloaded from internet: from cute animal babies to Shirley Temple and Winnie The Poo. A huge difference from creepy Nazi Germany references I had to download the issue before this one. 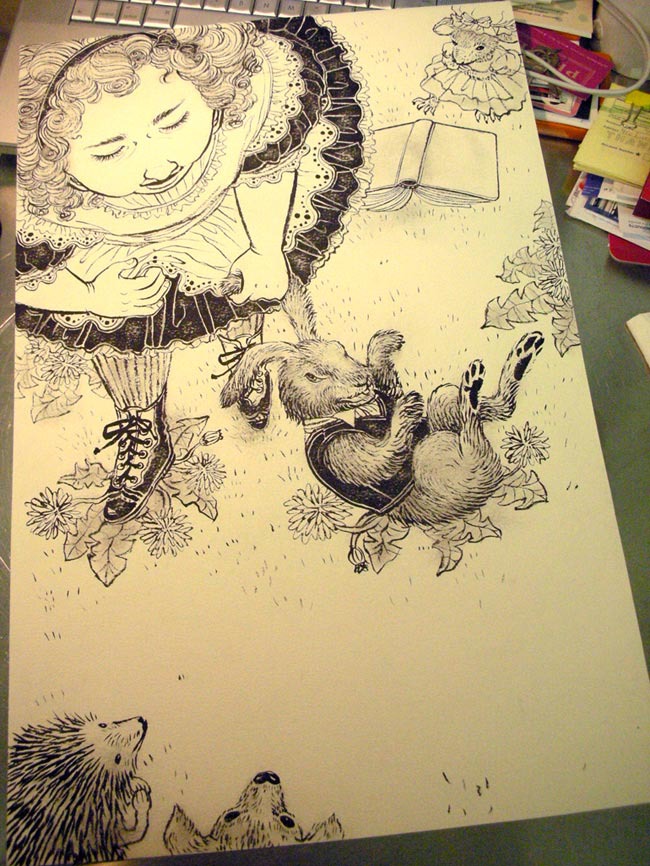 Proceed to ink drawing stage. You can probably tell the scale from the laptop keyboard you see on upper left hand corner.

The left was the final initially created and submitted. The editor’s comment was ‘love it but a bit too sweet’. So we ended up killing the little mouse (it is in the story) to add a touch of darkness. As you can see, flowers on her apron was added as separate drawing on the Photoshop coloring stage. 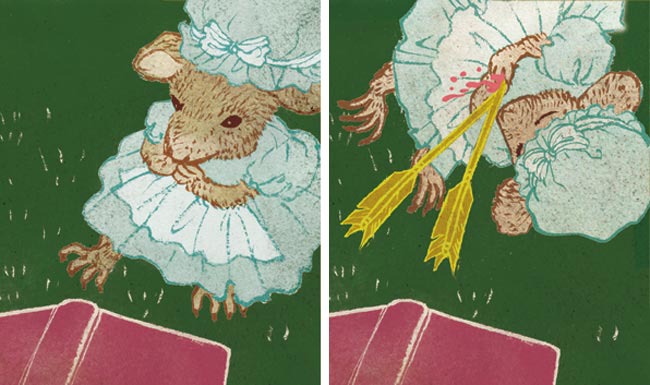 Close up of the poor mouse lady. A trick I use to make the blood less cheesy is to avoid the actual blood color. This time I used pink. 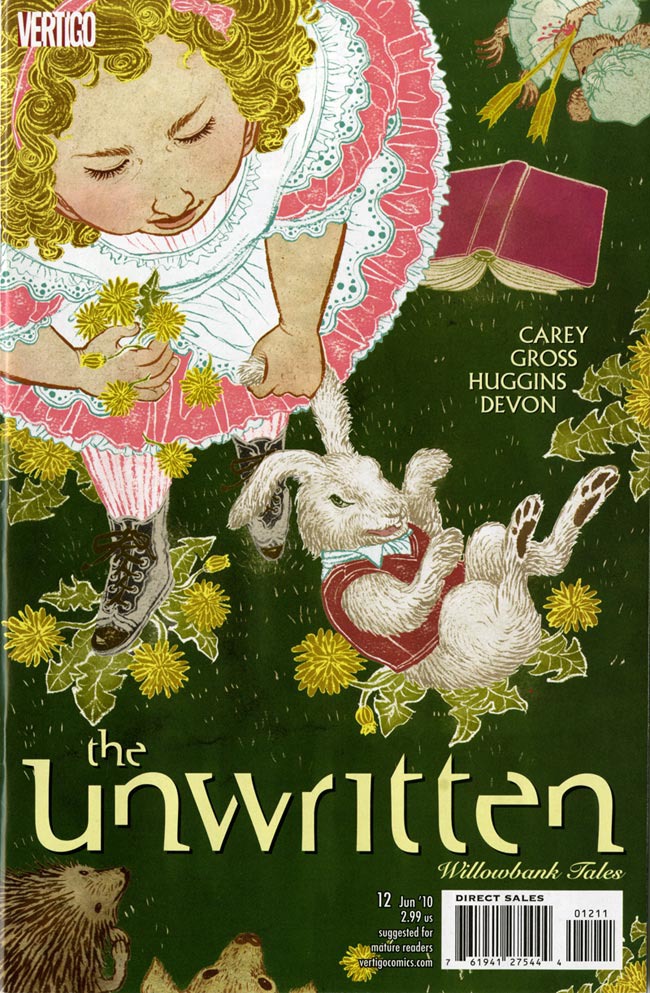 The final layout. This issue is in comic book stores now.I have known Zelda and Kurt personally for a year or two. It was nice to be able to collaborate with them in this special stand-alone issue. Please check the issue out in the nearest comic book store, and enjoy beautifully executed interior pages.