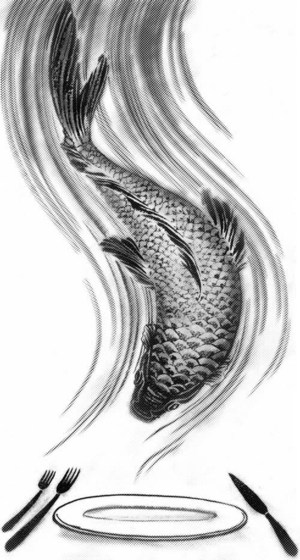 Many of the jobs I do, it takes hours and hours, sometimes days and days of drawing. It was not my original intention, but during the course of close to 10 years of working, I somehow became known as an illustrator who does detailed works.
Not that I have issues with that, but maybe because of that, I don’t get calls to do a lot of New York Times Op-Ed illustrations. A lot of fellow Drawgers work on them on regular basis. But I don’t even recall when was the last time I worked with them. (I do work with The New York Times in other sections quite often.)

When Alexandra Zsigmond of Op-Ed called me for today’s paper, it was no brainer to just do it. I was craving for: 1) quick drawing that starts and ends in half a day 2) topic that is not related to my home country of Japan, as I have been working on so many of them in recent months.
It was a fun story by Ray Holborn about that we should not feel guilty eating fish, because in a long run, it is a lot more sustainable than making your main diet meat based.
While “Japanese people eat sushi every day” is a total American myth. I can indeed eat sushi every day, or three times a day if I can, so the article was a great news. 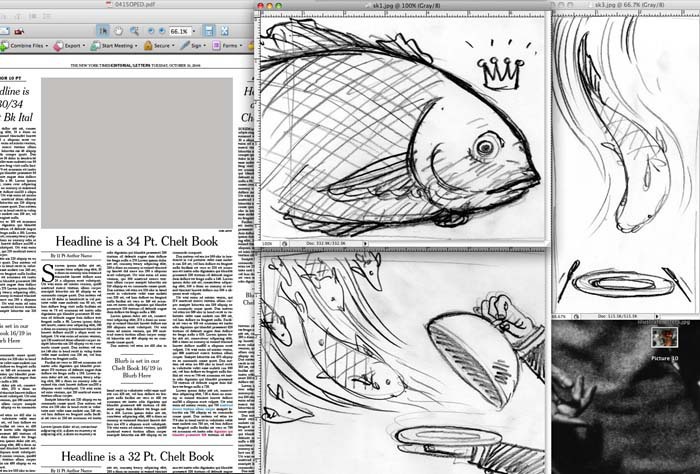 originally, composition was horizontal. Alexandra sent me a mock dummy (left) and I made two sketches according to the shape (center) as well as one (right) that worked vertically.

They liked the vertical sketch. I drew the final around 2X the print size on watercolor paper using brush and india ink. 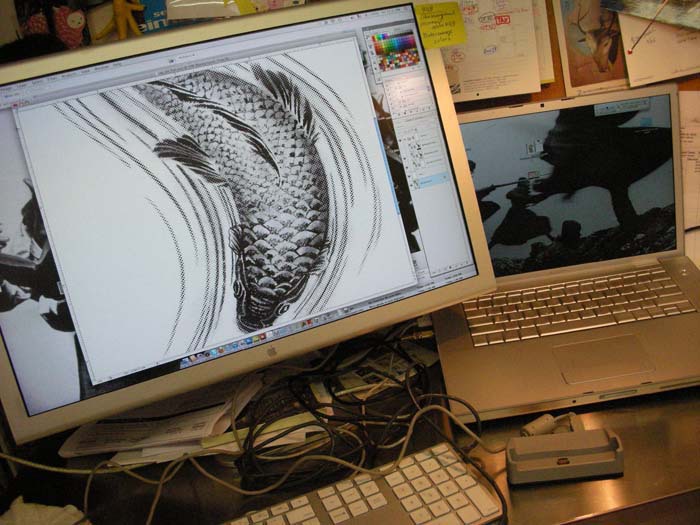 Then, digital manipulation of the work. Originally, I was thinking of making the water-line lighter, and add gray scale to the fish. Then after I started playing around, I decided not to do either, but just multiply the same drawings and add very slight effects. 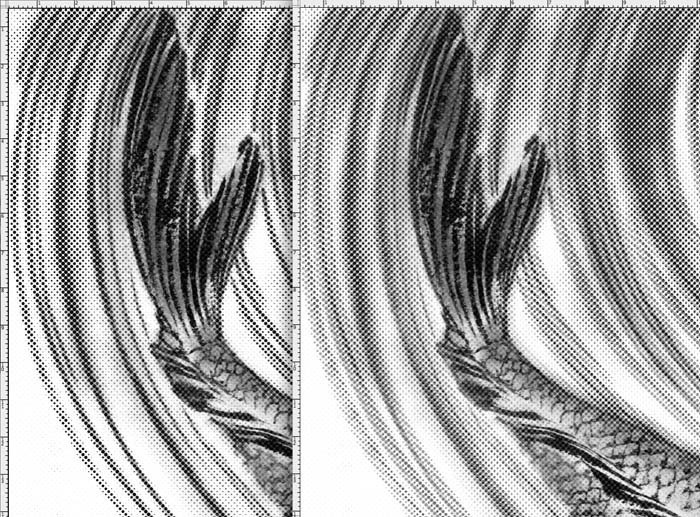 Most of the time when I do digital manipulations, they are things you don’t even notice if you only look at the final. I call them ‘secret layers’, not because they are secret, but because you won’t even notice them. In this case, I blur-ed the water line by manipulating on the computer (right), and the left one is before the blur. Very subtle change, but this layer adds a lot of depth and movement to the image. 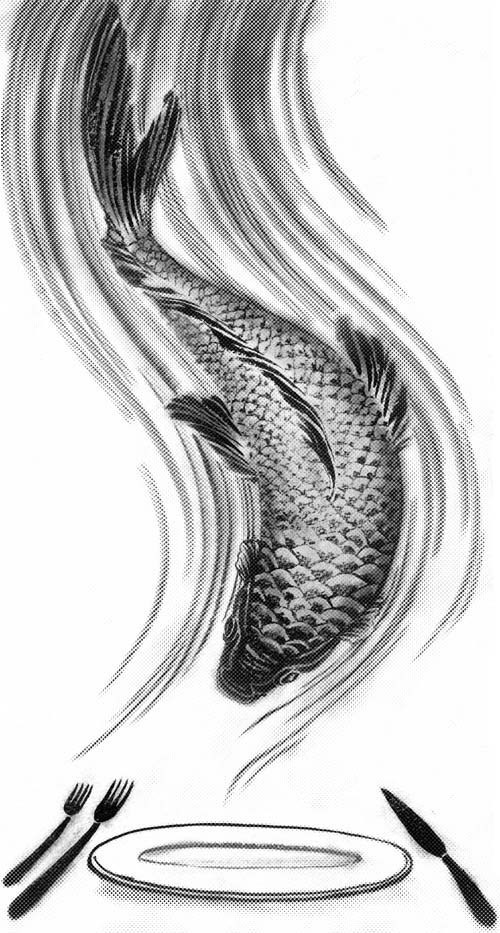 final piece. I made many small changes and printed out many times till I was happy with the result. 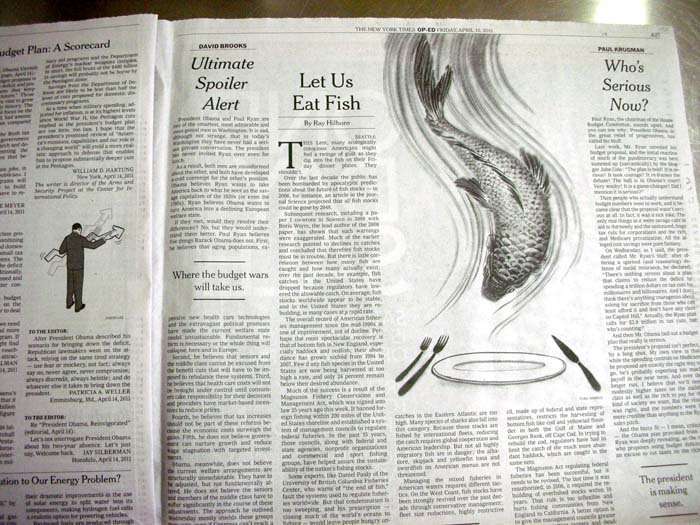 Today’s NY Times. What was really cool surprise was to find my friend Jason Lee’s illustration right next to mine (left). Priceless.

When I got a call of approval from Alexandra around 5:30, I decided to pack up my stuff (and my dog) and leave the studio early. Yes, I have other work to take care of, but they can wait. It was just too nice to be inside.
We walked along the Hudson River for about 40 blocks (half of the time, my dob wanted to be carried around. He is a 4 pound dog after all), and enjoyed the Someiyoshino Cherry flowers in full bloom. 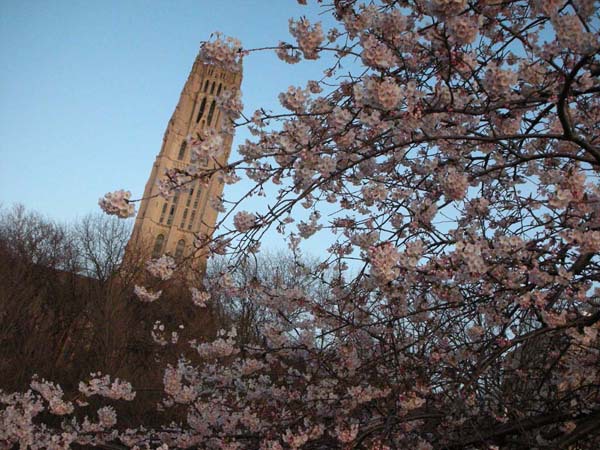 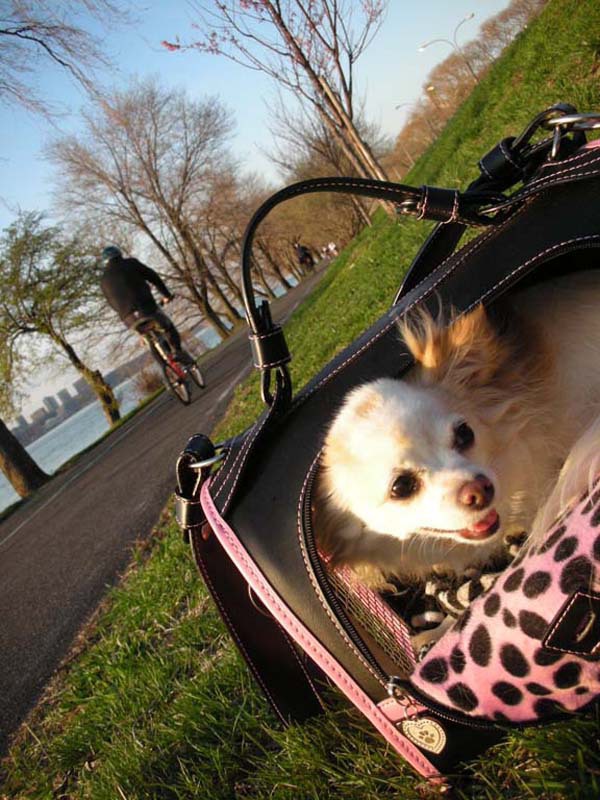 He was in happy mood that he does not need to wear sweater to walk outside. 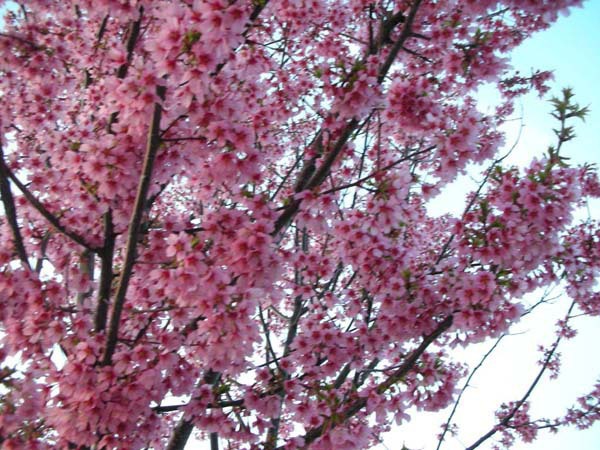 Yae-zakura Cherry was starting to bloom too.