The Man Who Sailed His House 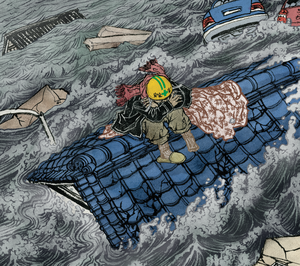 Dear Yuko,
I really enjoyed reading your postings on Drawger (as a lawyer who’d rather be an illustrator it is a nice escape from reality!), but it seems like these days you don’t update Drawger very often – I think your most recent post is January 12. The reason I like your postings so much is that you explain how you do things, which is really useful for rank amateurs like myself. I was wondering if you post more regularly on another website? If so, are you able to let me know what that website is?
Kind regards
I saw this e-mail in my inbox this morning when I got to my studio.
Yes, I have just been thinking about updating my Drawger. Actually, for quite a while. Whenever I go on a business trips to different schools, often students or instructors tell me how much they like my posts because they show not just the final piece, but the process where they can learn.Life is not easy. We never have time. Work load has been a bit of insane status since beginning of this year, second semester in teaching is always more work than the first semester (not sure why, but winter weather adds to it, definitely). Multiple business trips to lecture and teach (because travel is my hobby and reason for me to get outside of NYC), also, getting my website redesigned, by awesome web design studio, but I still have a lot of work to do myself…. yada yada yada… We never have time. That is true. But the e-mail this morning woke me up. I’VE GOT TO UPDATE MY BLOG RIGHT NOW!
So, before going into the regular routine of a day’s work in the studio, I am posting this now. It is for you, Mr. A.C.G. Since the new Communication Arts Illustration Annual came out, I decided the first post after hiatus is one of the winning piece, which I worked with GQ for their October 2011 issue. AD was Chelsea Cardinal. 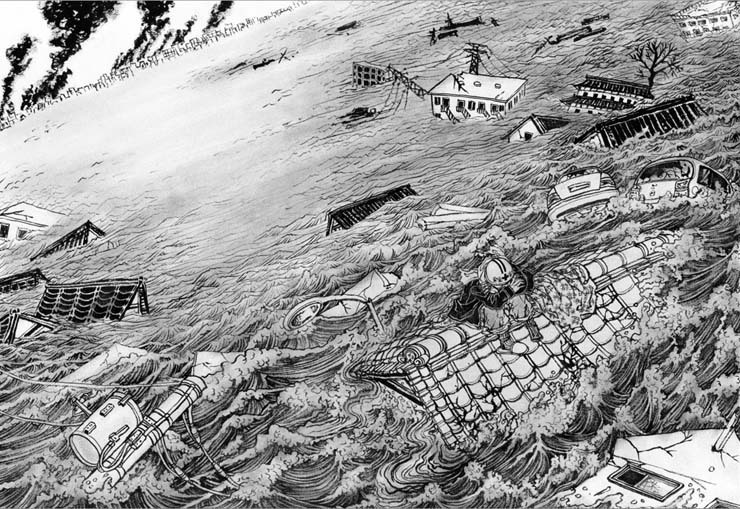 The story, titled The Man Who Sailed His House, was an amazing story of survival of one man during Japan’s earthquake/tsunami in March 2011. He was washed about 1Km ashore on the roof of his house when he was rescued days later. Above is the b/w version of the drawing for a double page opener. About 30″ x 22″. India ink with brush on watercolor paper. 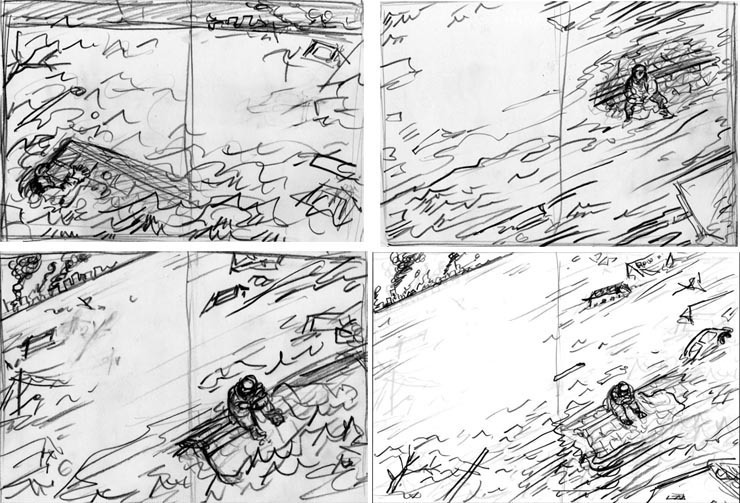 I made three initial rough sketches and sent them to Chelsea. She picked the bottom left, from which I made more fefinied sketch (which is still rather loose). 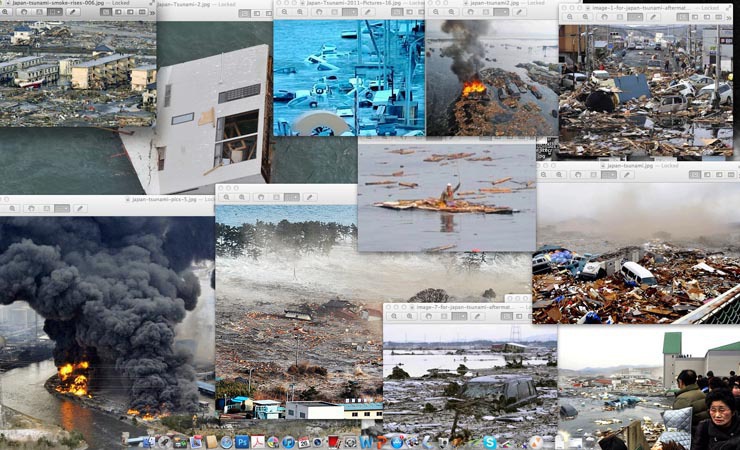 There are way more than what you see here, but some of the reference materials I had found on various news sites on internet. Really charged photos… to be honest, it wasn’t so fun staring at them for days, although the project itself was fun. The one in the middle with a man waving his hand is the only photo there was of Hiromitsu, the main character of this story. (And thus I knew why they needed to hire an illustrator for this project). 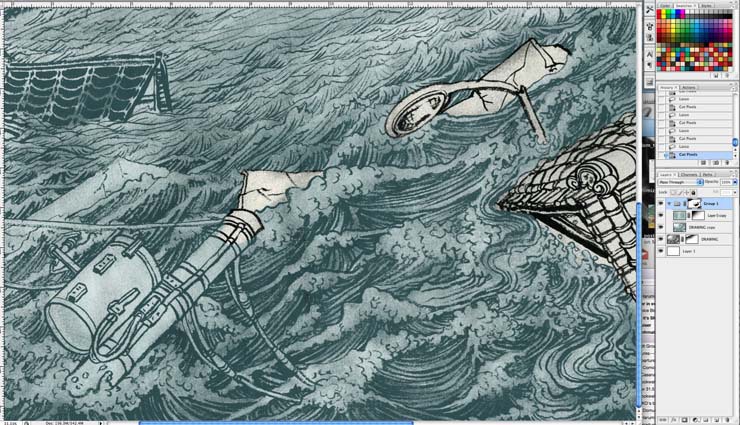 Screenshot of the beginning of long and tedious coloring process on Photoshop CS3 (since then I had switched to CS5.5) 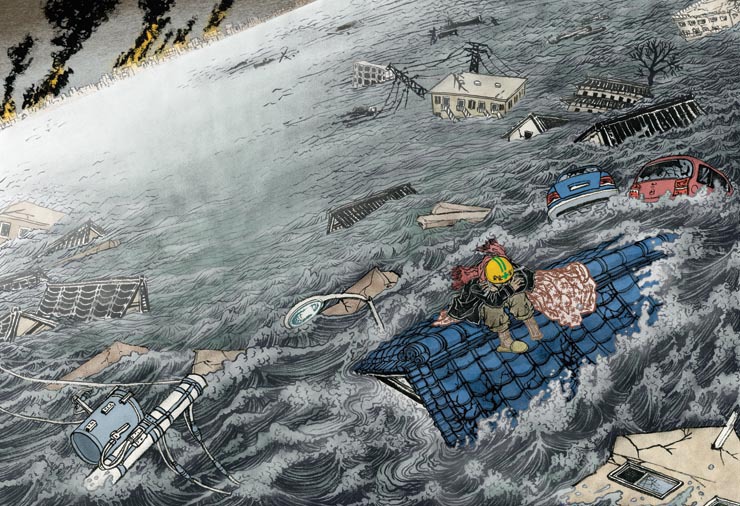 I was quite happy with the color. Very nutral, with only bright thing behing his helmet, which is the same color as the big fire far away.

… then some emergency happens right before the image goes to print. The full article was not available when I finished my illustration. And we found out that there are specific color references clearly written in the final article. So, the color needs to be tweaked around. But it was such a last minute decision, GQ production department had to take care of it. 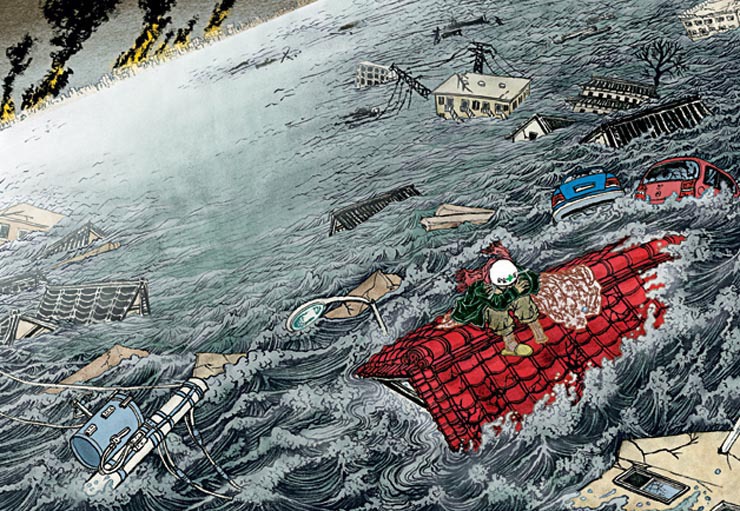 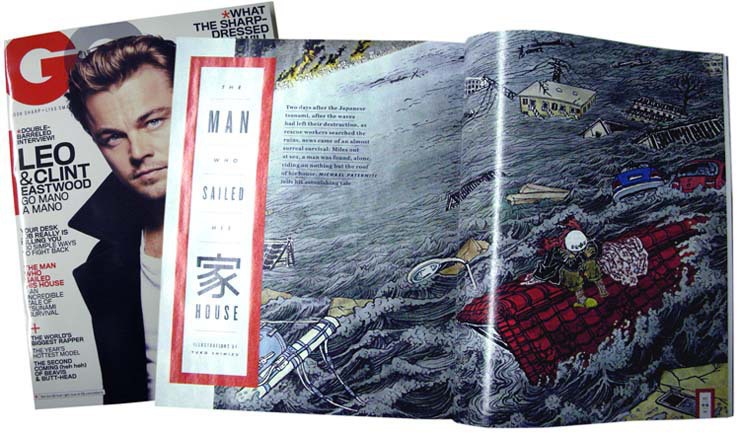 There was one more spot illustration in the print version of GQ, which was Hiromitsu’s portrait. Also, what was new to me, was that they asked a few more on top for the iPad version of the magazine, some of which are posted below the portrait. 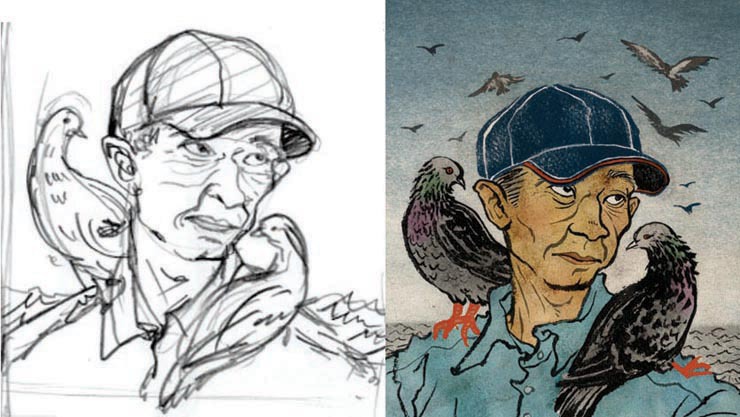 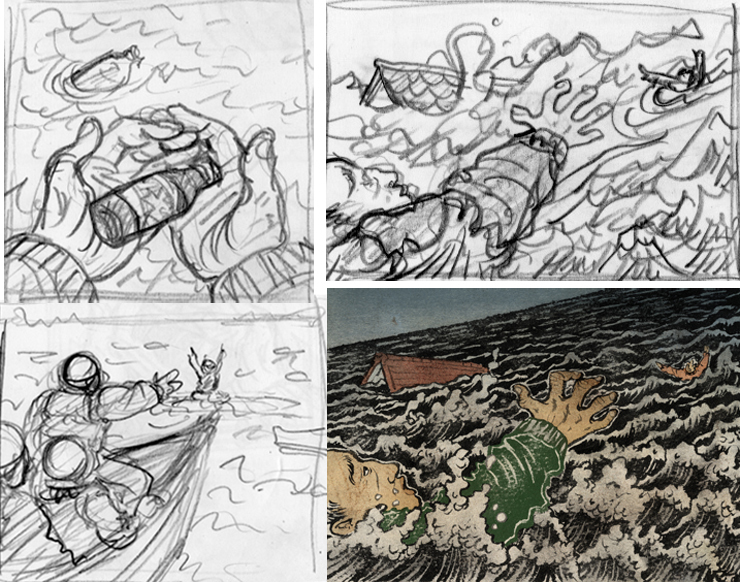 If any of you are interested in this amazing story, you can read the article on GQ website.

On another note, I will try (TRY!) to post at least one or two process from now on. I will either post other works that got accepted in Communication Arts, or related Japan tsunami piece I recently did for Japan Times.
Til then…