15 influences that stick with you, FOREVER.

I don’t love getting asked about my artistic influences and inspirations. I had stopped answering the question all together some years ago. The biggest reasoning behind it was because I have lived long enough to the point things that have influenced me at some point in my life often have no relevance to who I am now, though, I may still see those early influences in my work. If I name all the influences, past and present, then my list would probably be as thick as a dictionary.

1. Alexander Rodchenko
He saw and show the world from a completely different viewpoint from people may often do. He has taught us that mundane can turn into extraordinary by creative points of view. Even after so many decades, he still teaches me, photographers and designers of today to see the world differently.  (No, that is NOT a Franz Ferdinando album cover.) 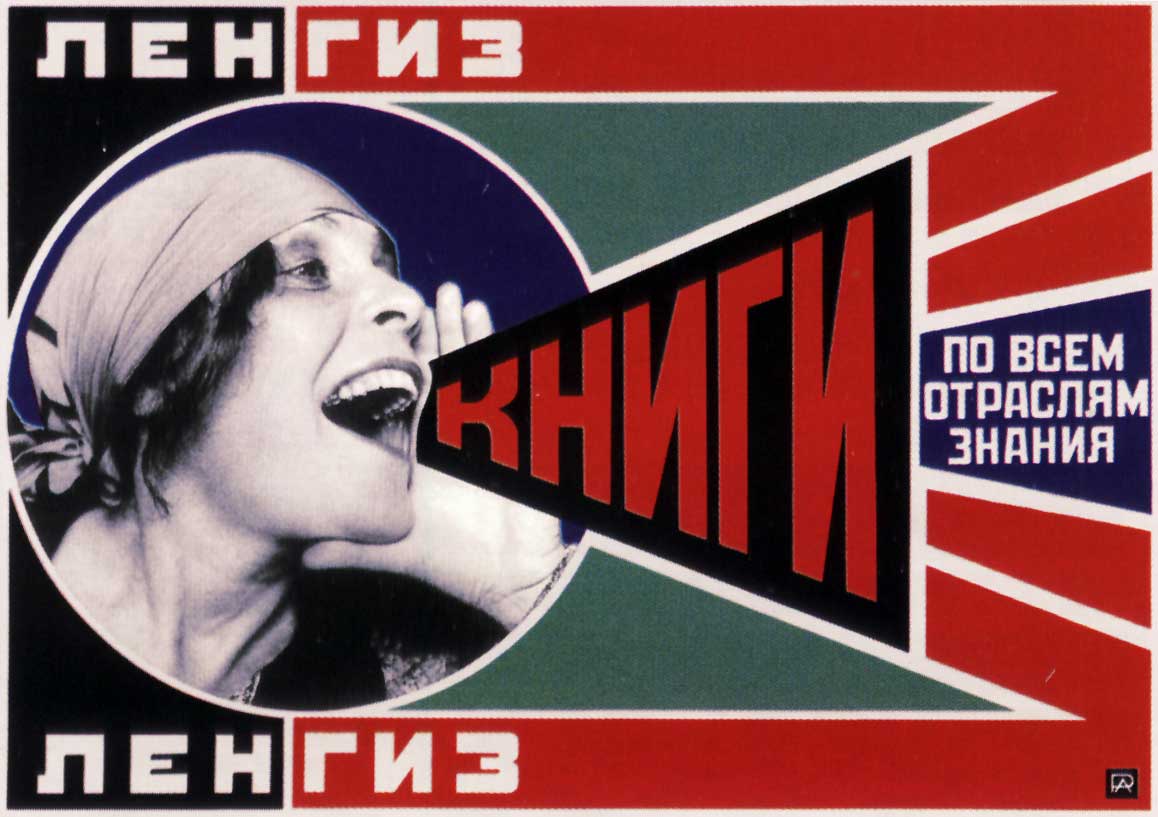 2. Wong Ka-Wai
I first saw ChongKing Express right when I started learning Cantonese in the mid 90s. It was nothing like I have ever seen before. And probably pushed me to keep studying Cantonese for the following three years.  Wacky storyline, cinematography  that feels like you are drunk or dreaming (done by ultra talented Chris Doyle), and oh the colors! If you had not watched his films, you are missing out. (My favorite is Days of Being Wild) 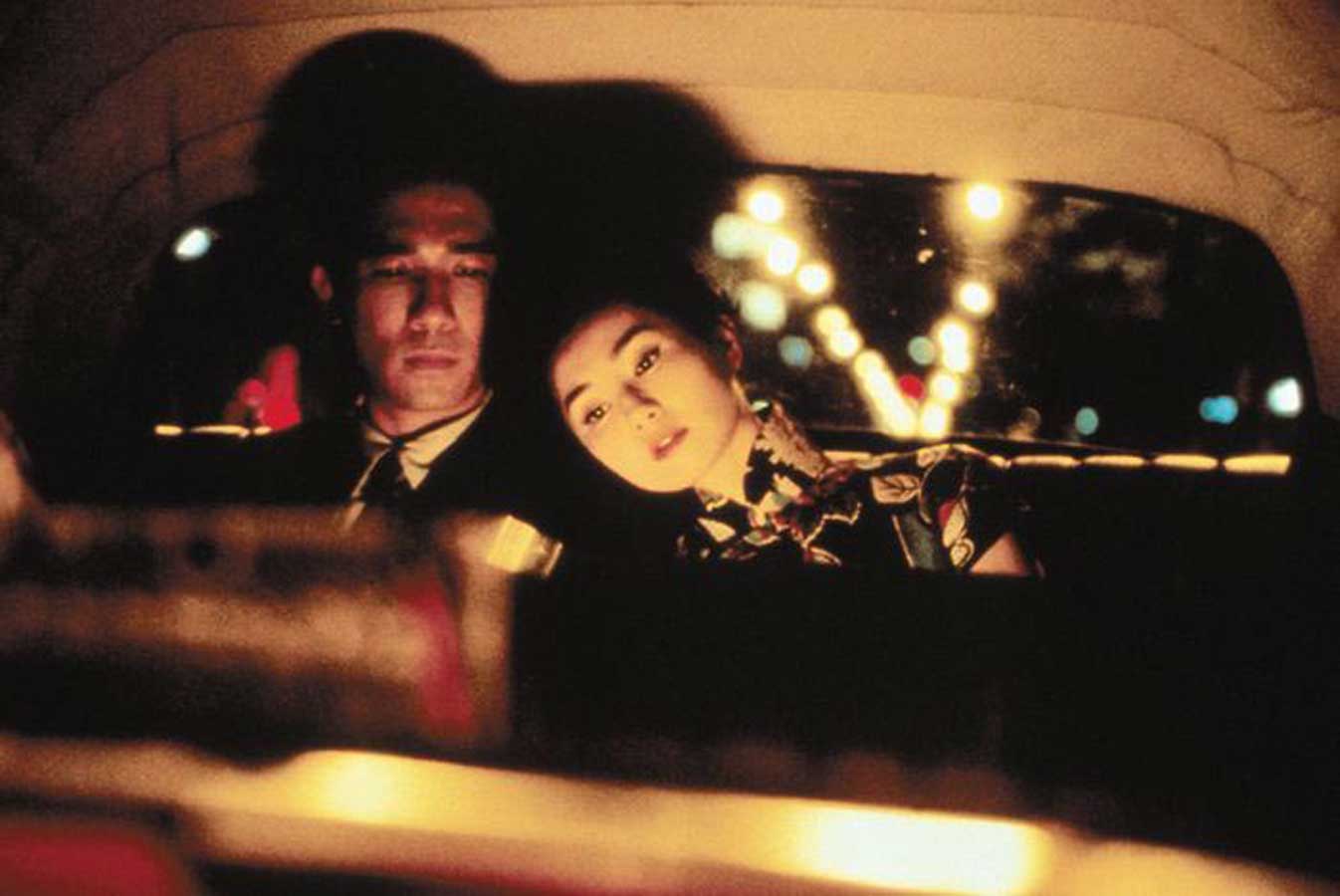 3. Jean Paul Gaultier
If I have to pick one fashion designer to wear his/her clothes for the rest of my life, Gaultier is probably not the one I will be choosing. But, if I pick one designer who I think has always been coming up with great concepts take risks, and trying to do something new, and being such an inspiration, then that one is DEFINITELY Gaultier. He is not just about Madonna’s cone bra. (Thanks to eBay I have been slowly collecting his vintage clothes I couldn’t afford in the 90s.)

4. Katsushika Hokusai
I first encountered original Hokusais at a retrospective show at a small Isetan Department Store museum in Shinjuku. I was probably 16. They totally blew my mind away. And even till this day, they still do. In case you didn’t know this already, he was the very first person to use the word MANGA. 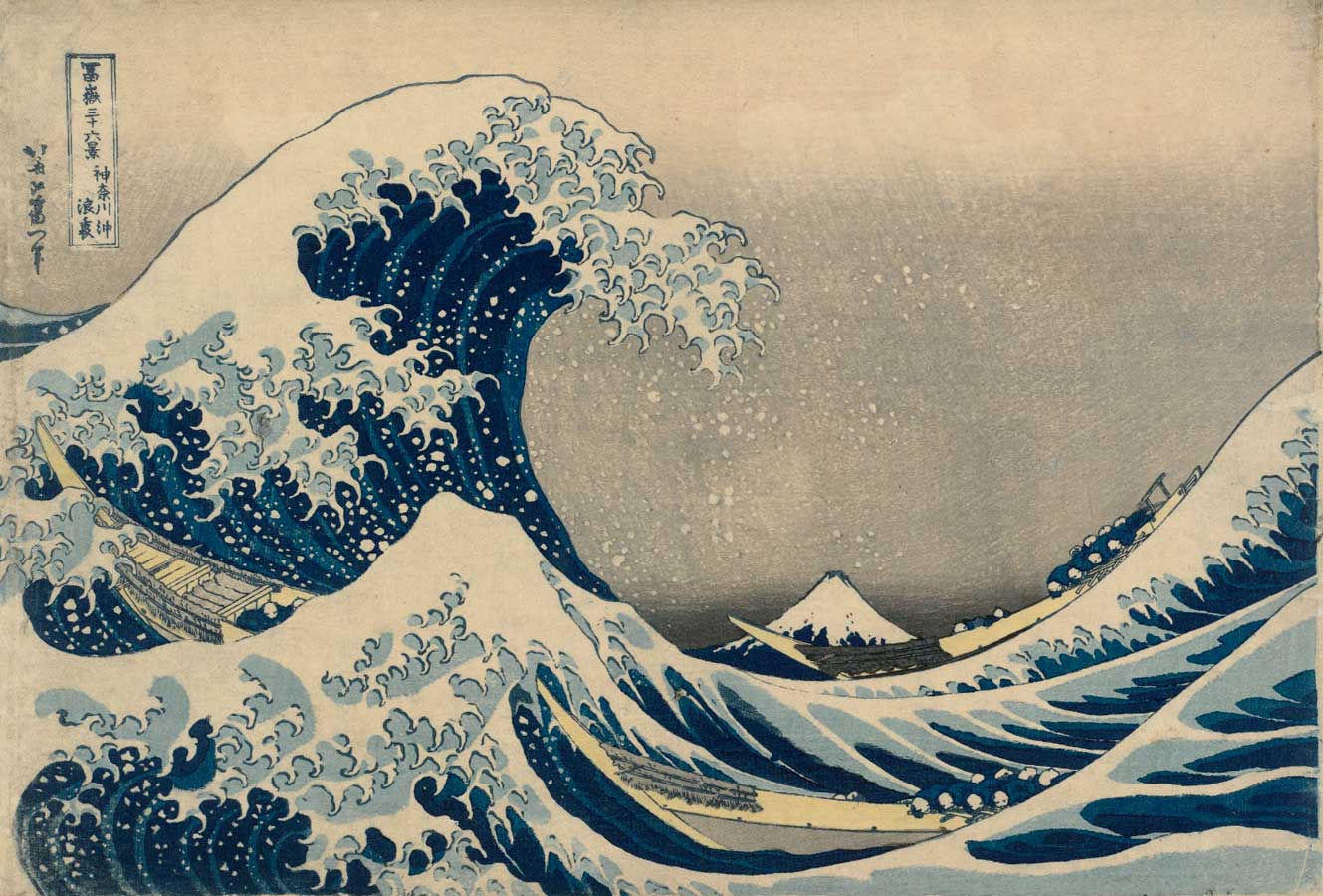 5. Utagawa Kuniyoshi
Hokusai’s strength was ‘everyday pictures’ of people’s lives in Edo Period and landscapes especially those depicting Mt. Fuji.
Kuniyoshi on the other hand was known for his ultra masculine and powerful Musha-E (pictures of the heros / warriors). My love-affair with Kuniyoshi is fairly new, only about ten years or less. I had an assignment to draw a samurai for Rolling Stone Magazine, and I needed a good reference. I went to buy a book, then I got completely hooked. I don’t know how many times I have used that book since.

6. Stenberg Brothers
Russian illustrator/graphic designer duo from 1920s to 30s who were known for their striking movie posters. I don’t know how many times I channeled their design, color, and compositions to come up with a graphic solution. Whenever I have to juxtapose multiple images in one picture, channeling the brothers always work. 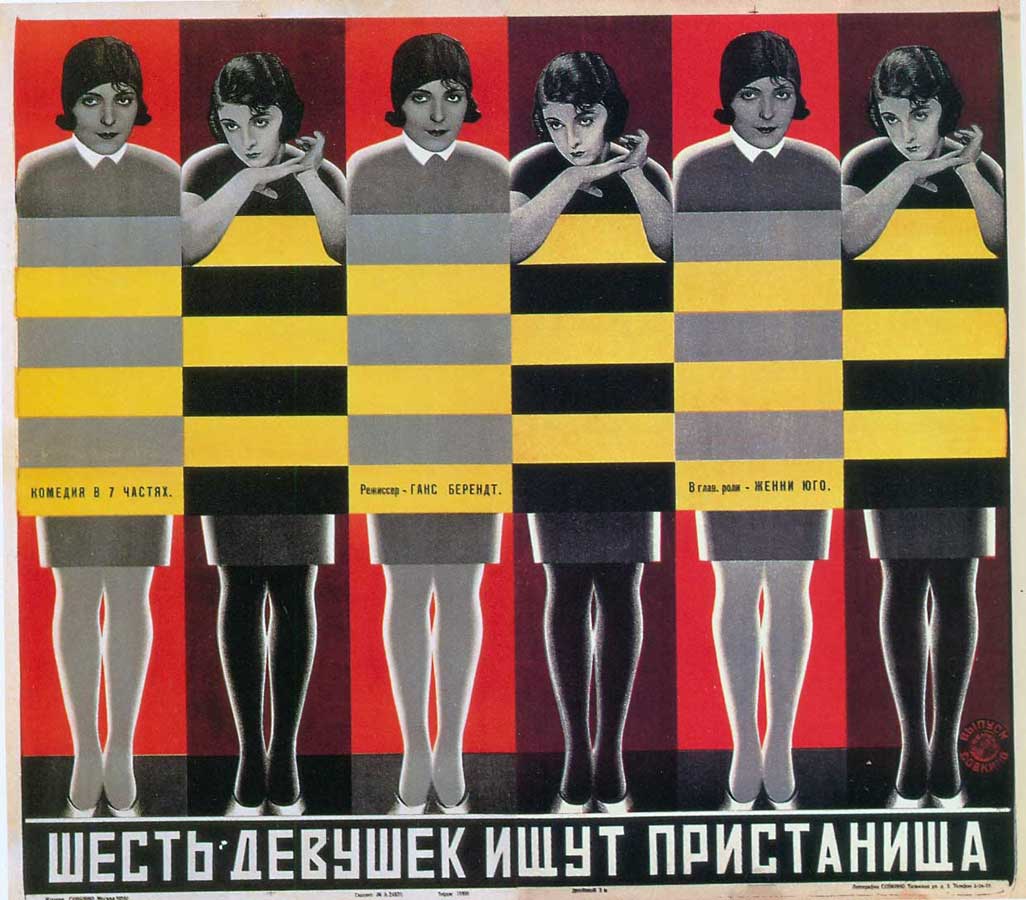 7. John Woo
Even if the only movie he has ever made was 英雄本色 (A Better Tomorrow) he is still on my list. Thank you John Woo.

8. Haruki Murakami
I am not sure non-Japanese readers of his books know this fact, but his books became popular in Japan initially for sort of odd (in a good way) writing style that reminded us of translated foreign fiction. It was nothing like we had known. And he remains the same. I had always believed there is no space for magic left in Tokyo, because it is such a logical place. Then he deceived me with Hard-boild Wonderland and the End of the World. He has been deceiving the readers throughout the years (in a good way).
And, oh, these beautiful American edition covers by John Gall! (And, I am still dreaming of one day vacationing in that unknown island in Sputnik Sweetheart) 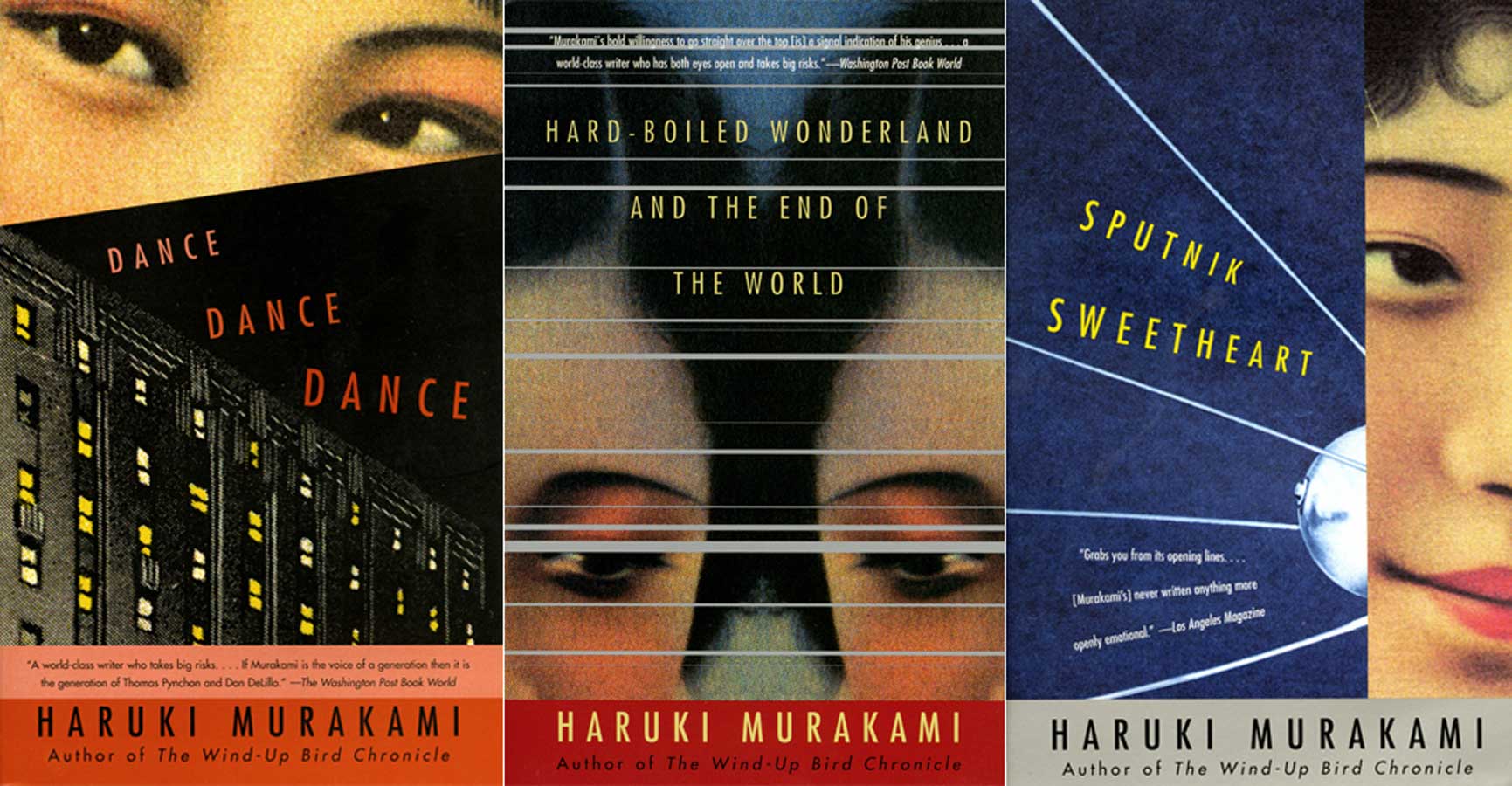 9. Yukio Mishima
This is my very personal opinion, but if you allow me to say, he is one of the last of the truly Japanese Japanese writer. It is hard to believe he ran through his life so fast, so prolific, and gone so quickly. He wrote this amazingly detailed psychology of an old man at the end of his life,  when he was in his 20s (Forbidden Colors). Psychology so real it is hard to believe he was so young.  (I love everything about his books, but NOT his political viewpoint.)
And, thank you John Gall for hiring me to do one of his book covers. It was the best present. (book not yet published) 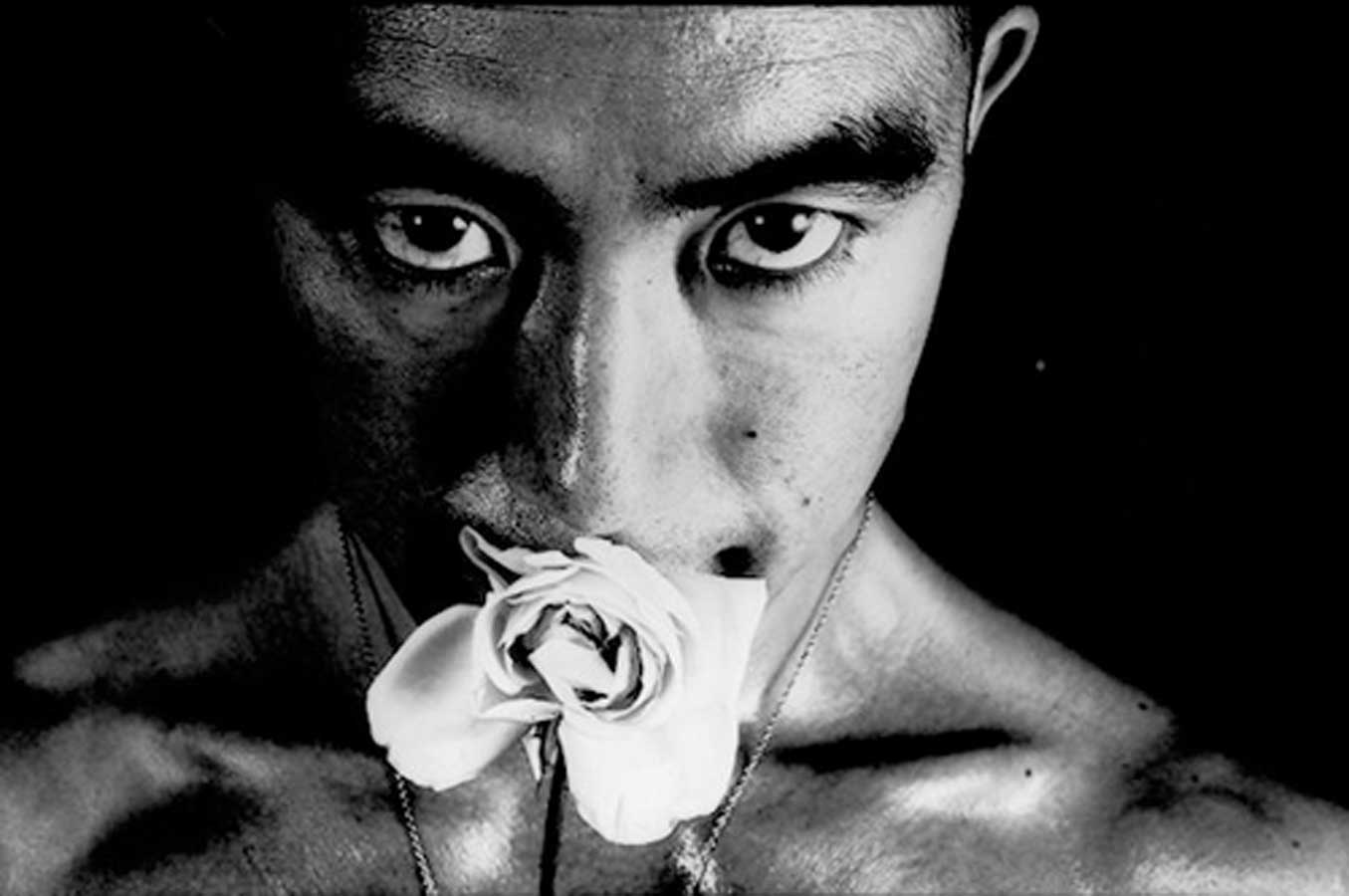 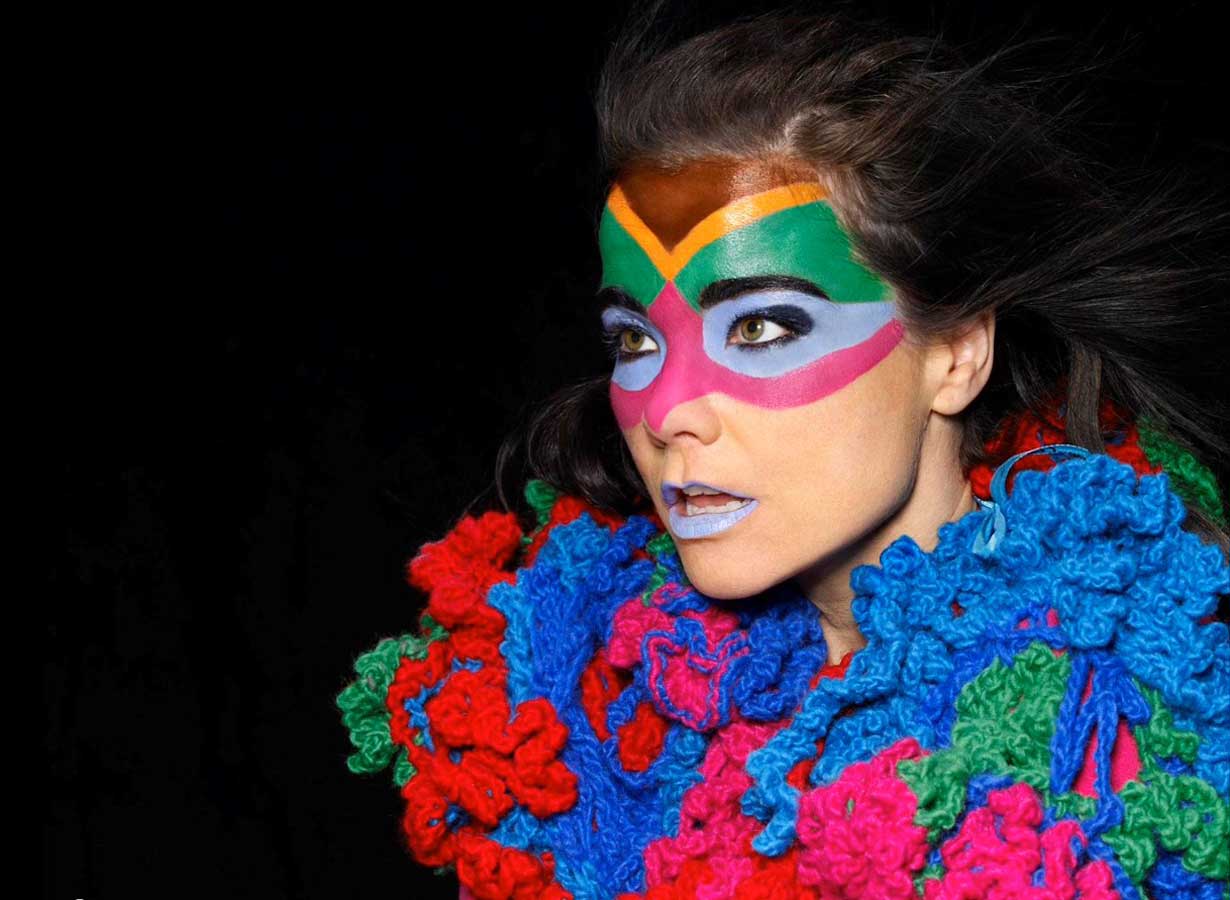 11. Matthew Barney (specifically Cremaster Cycle)
I was a Sci-Fi and fantasy geek growing up. Then I grew out of it. Then I met Cremaster Cycle. It was cooler than any fantasy I have ever seen, read, and drooled. 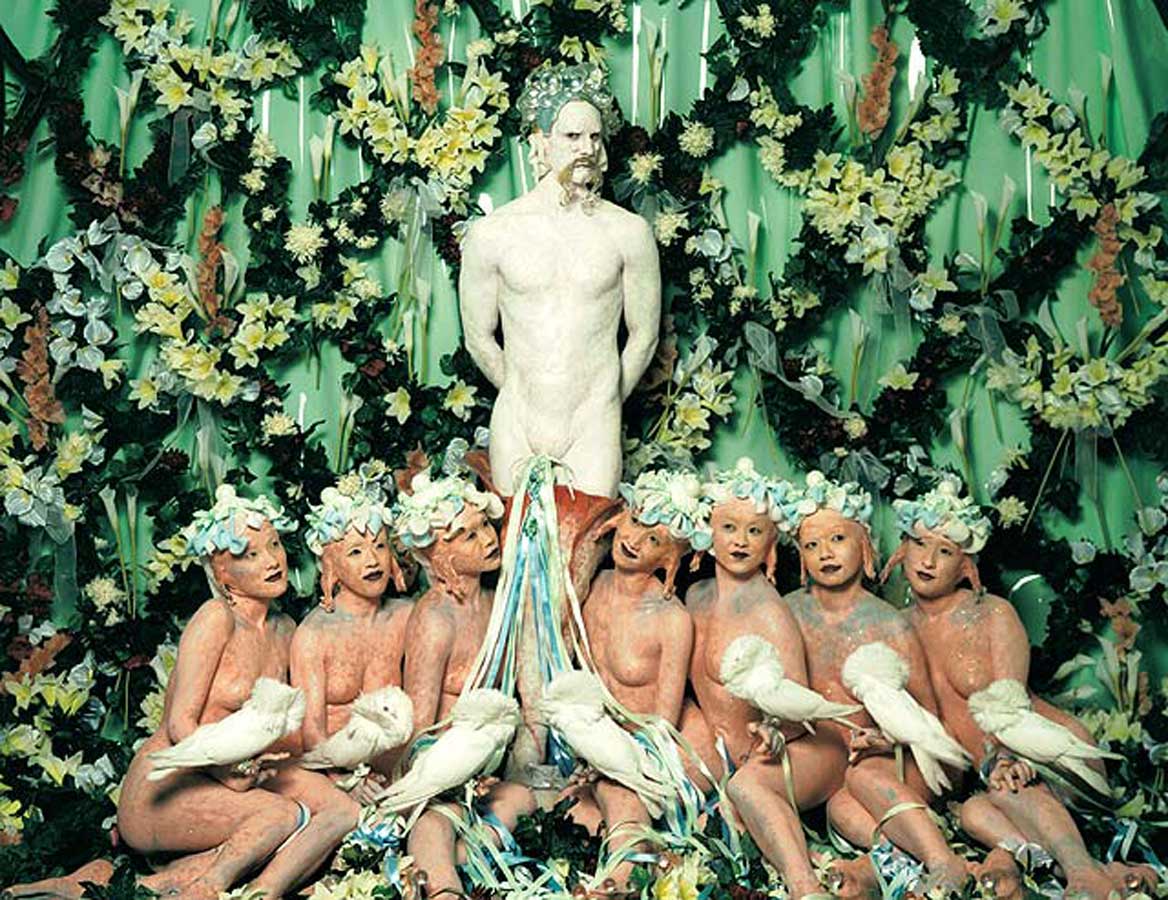 12. Jean Cocteau
He was the true Renaissance Man.  He made movies, he wrote books, he drew and painted, and even one of the most popular rings from the high-end jeweler Cartier was designed by him. He was truly the original. (OK, I have to confess I haven’t seen many of his movies. I got into his artwork by his paintings, drawings and books.) 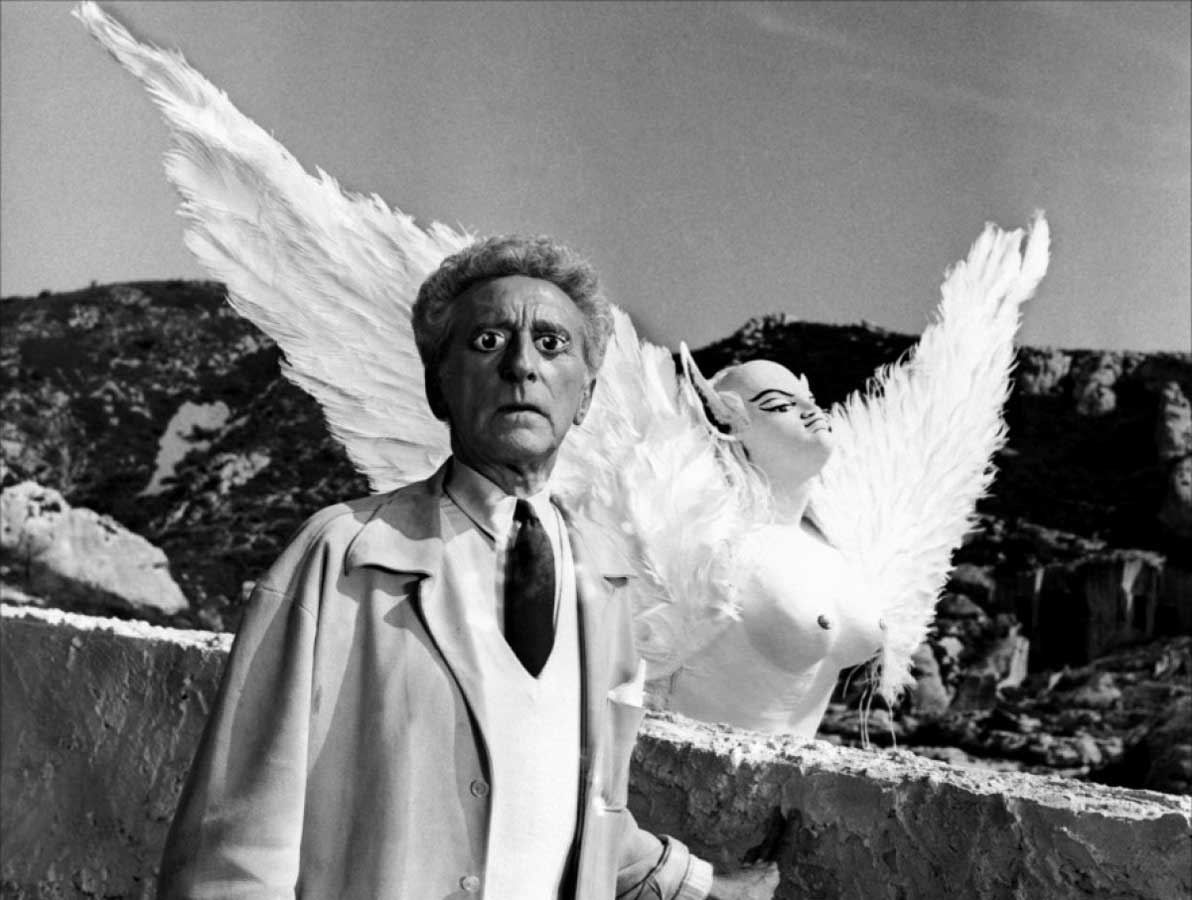 13.  Paula Scher
Ms. Scher, I am not a stalker, and I am not a lesbian either (and neither are you), but I once said to a friend I want to marry you. I love your design, but I love your brain even more. Thank you for putting Make It Bigger out in this world.

14. Miyata Masayuki
Also when I was about 16, I fell in love with the paper-cut art by Miyata Masayuki. He had a new image every day in Asahi Shinbun, a major national paper of Japan to accompany a daily novel Eight Dogs Tale written by Futaro Yamada. I used to cut out the images and collect them. While most of the early influences look very faded and juvenile looked through the eyes of an adult self, his works still look fresh and striking. So, I needed him on the list. 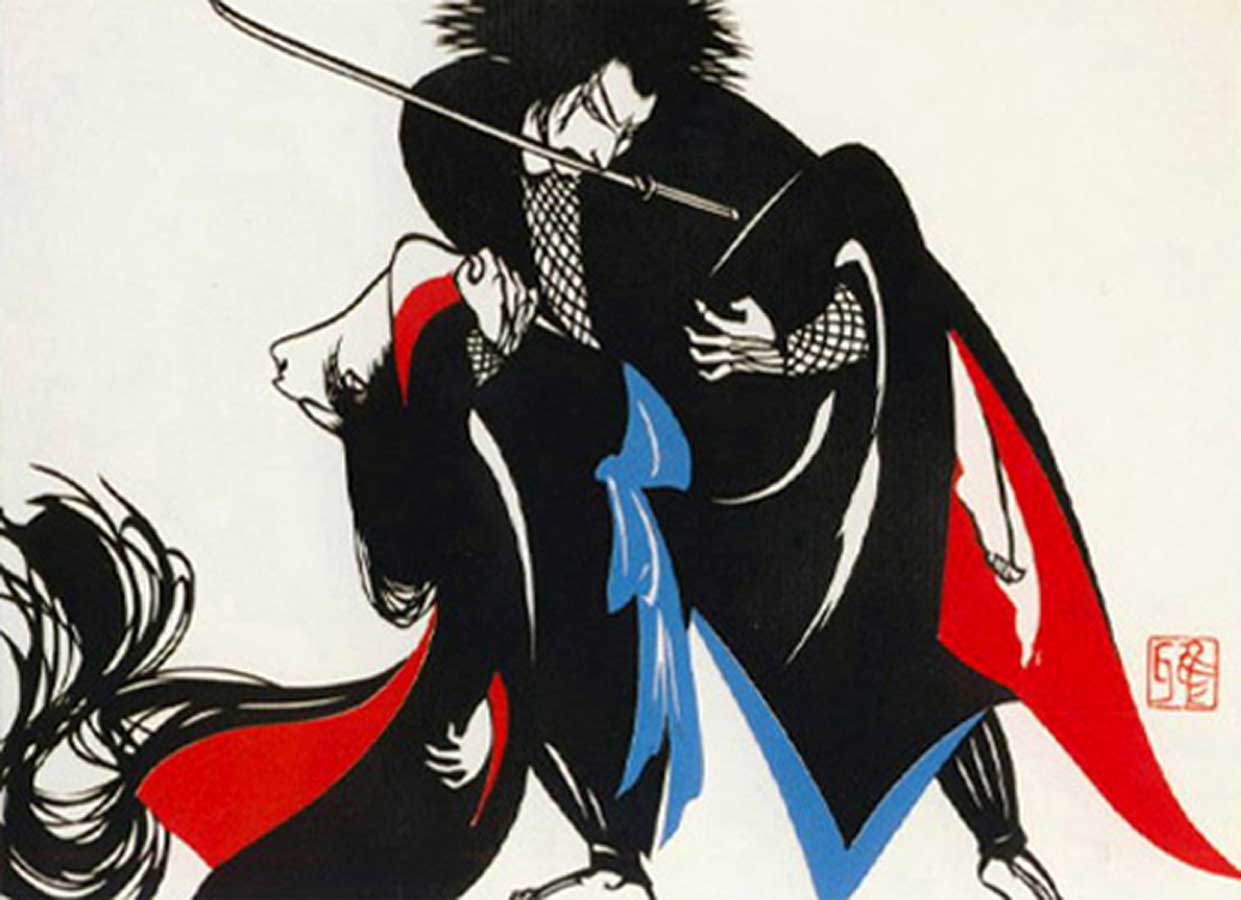 15. Pierre Cardin
I am the child of the ‘space age’, and every so often, I get reminded that my earliest childhood memories (Apollo 11 moon landing, etc) still affect who I am, what I am attracted to, and my visual aesthetics subconsciously  Cardin for me represent that time period, with his space age designs from late 60s to early-early 70s. 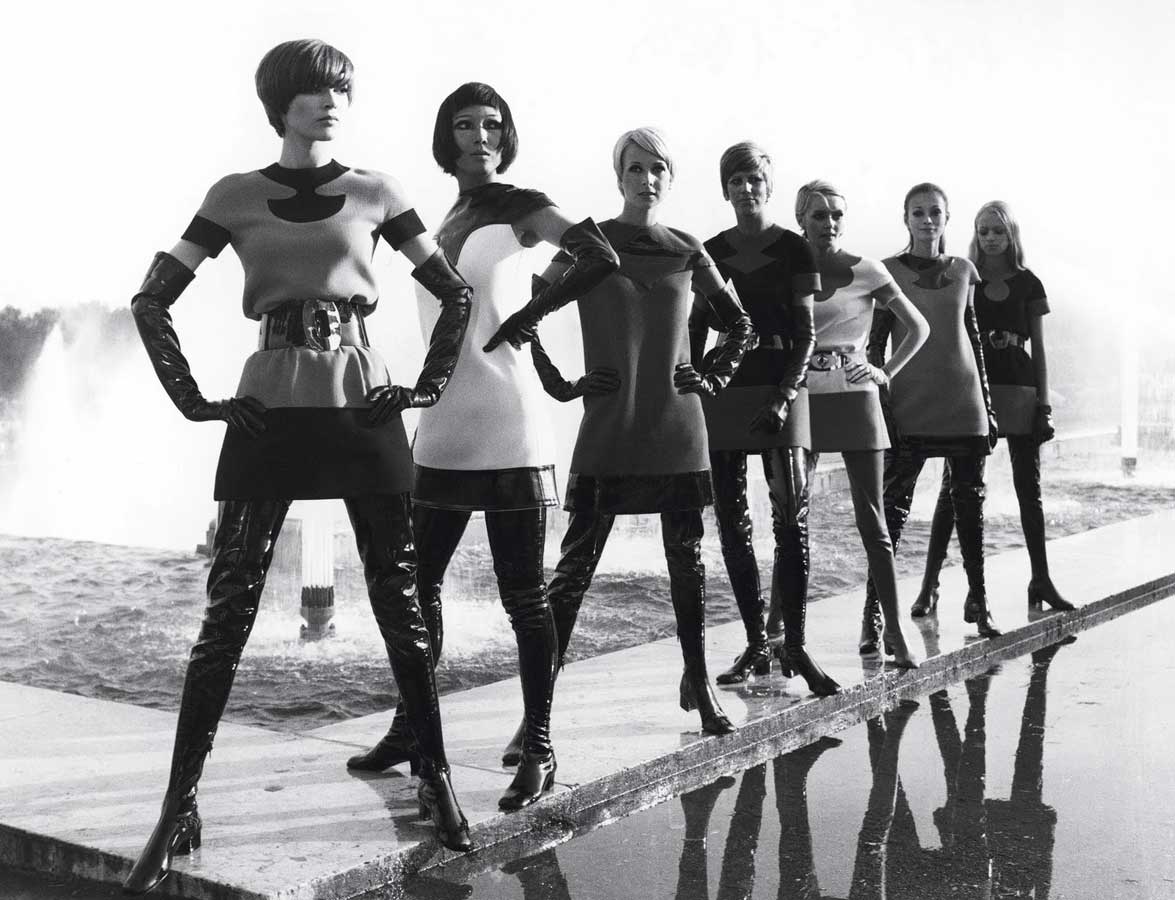