I use Google Maps all the time. You do too, right? I just used it yesterday to find out where exactly was the West Village restaurant I was going. And, oh,  the closest subway stop. But it never occurred to me that I can use this to illustrate.

This illustration is for the current Mother Jones magazine (July and August 2013). Story is about how we are pretending the next super storm won’t arrive and believe our cities are going to be fine.

They asked for an image of New York City in flood where people carrying on their everyday lives like they don’t care.
The key was to pick a location that looks undeniably New York City, with enough open space to fill with crowd. Times Square was being suggested for obvious reasons. But then again,  if you are a New Yorker, you know Times Square is for the tourists. You don’t go there unless you need to.

I ended up choosing 23rd Street where Broadway and 5th Avenue meet, right next to Madison Square Park. This is where you have a great view of Empire State Building, with two avenues going diagonally up north with lots of interesting looking buildings, a park to your right, and a big open space to draw bunch of people and some cars in.
This is also where I have been getting off the subway to go to School of Visual Arts (SVA) for last 14 years, first as a student, then as an instructor after I finished my MFA. It was a natural choice.  (And may I mention my favorite restaurant in town, La Mar, is situated right near by?)

I initially downloaded bunch of photos online. Then realized, you can’t really get all the details from the online photo references.
I don’t know how I  ended up going to Google Map street view. But I did.
Why didn’t I do this before? You can virtually walk up and down the avenues, to see the details of some buildings you cannot see in the reference photos. You can look up, then look right and left. This is PERFECT.

It saved me from going out in the miserable weather to sit on a street corner for hours and hours and possibly harassed by passers by, even laughed at for my wobbly drawing skill.
More New York city scape assignments? Bring them on. 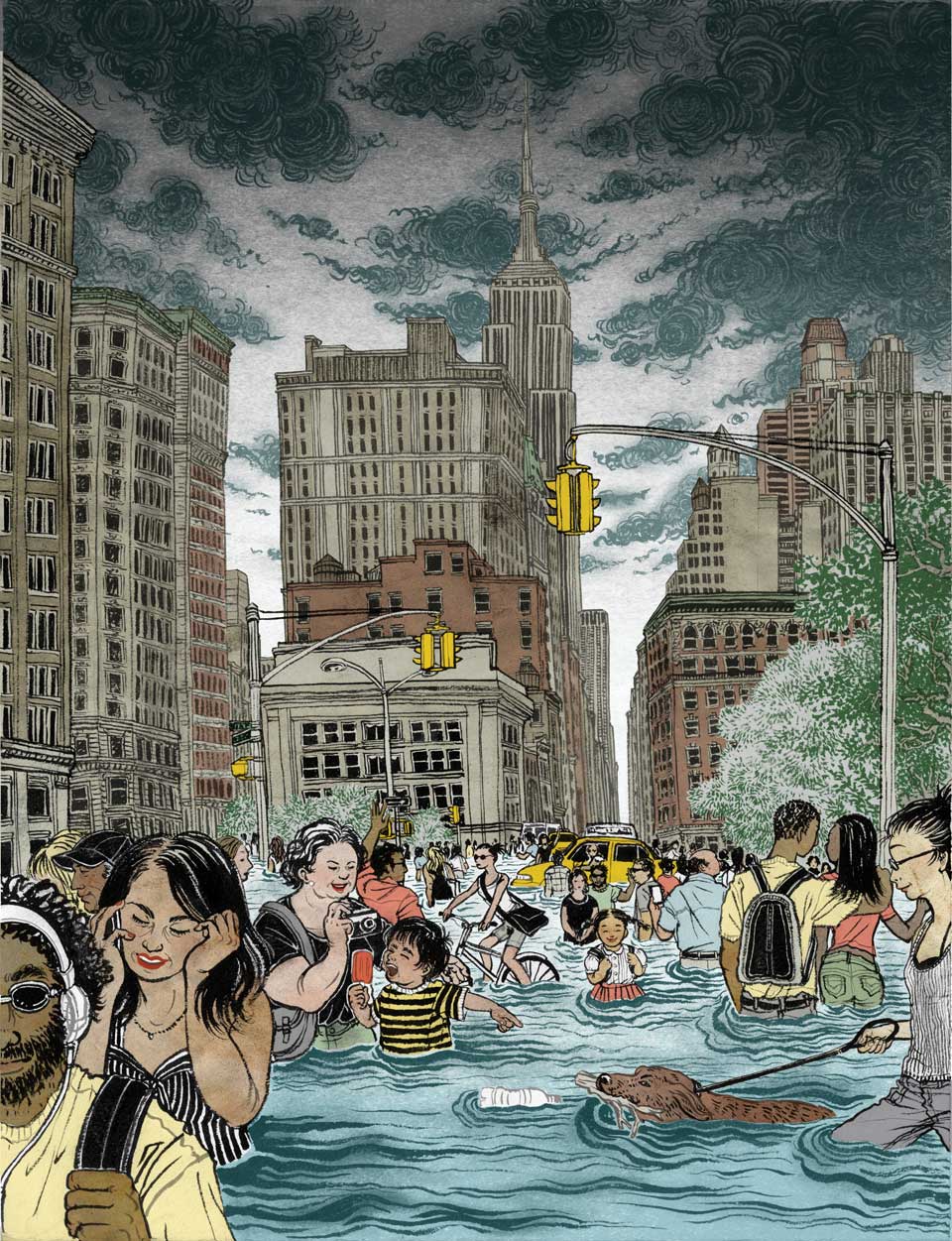 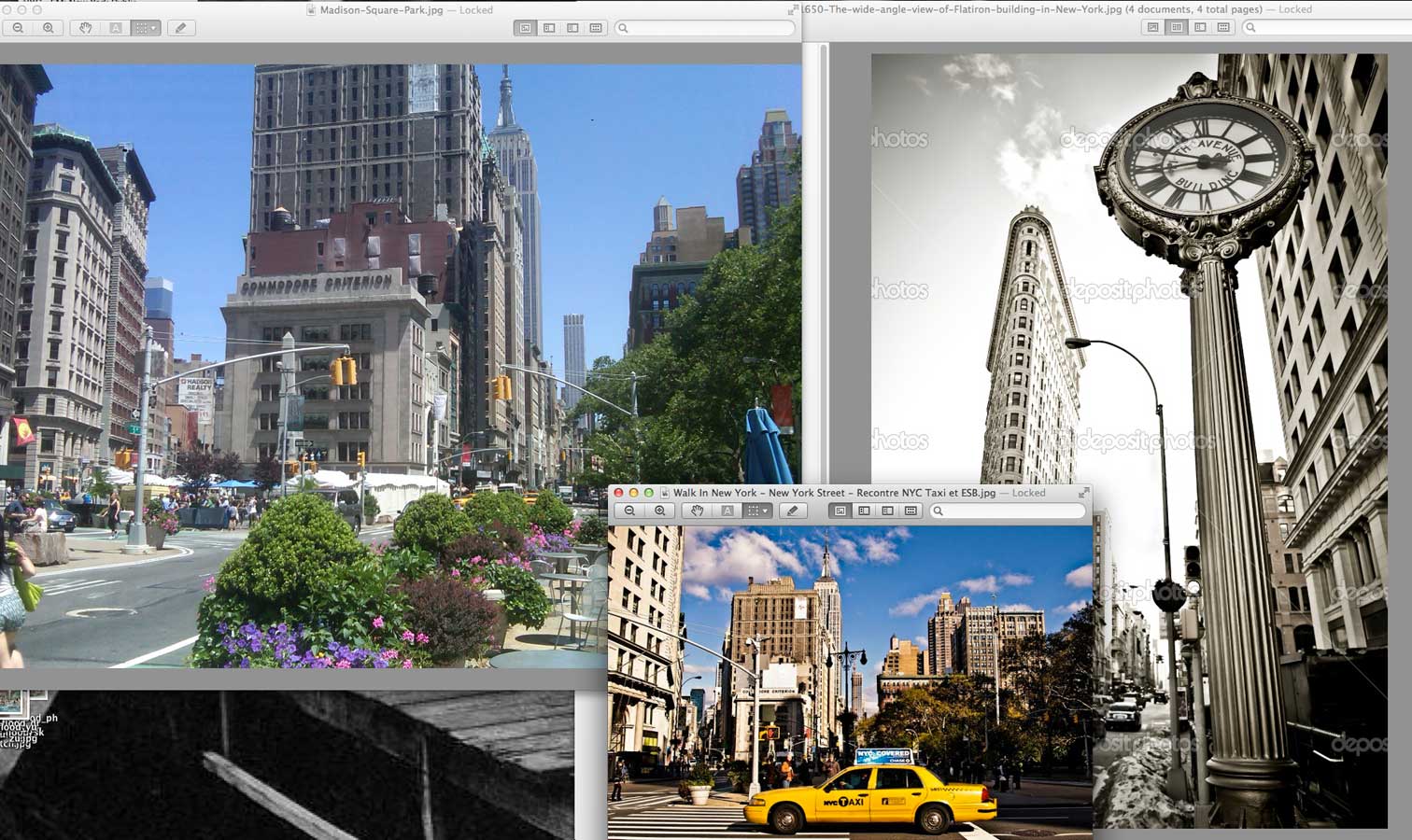 Initially I downloaded these photos of the location from various websites. I had noticed that though they are good photos, I cannot see enough of cityscape details to draw from. 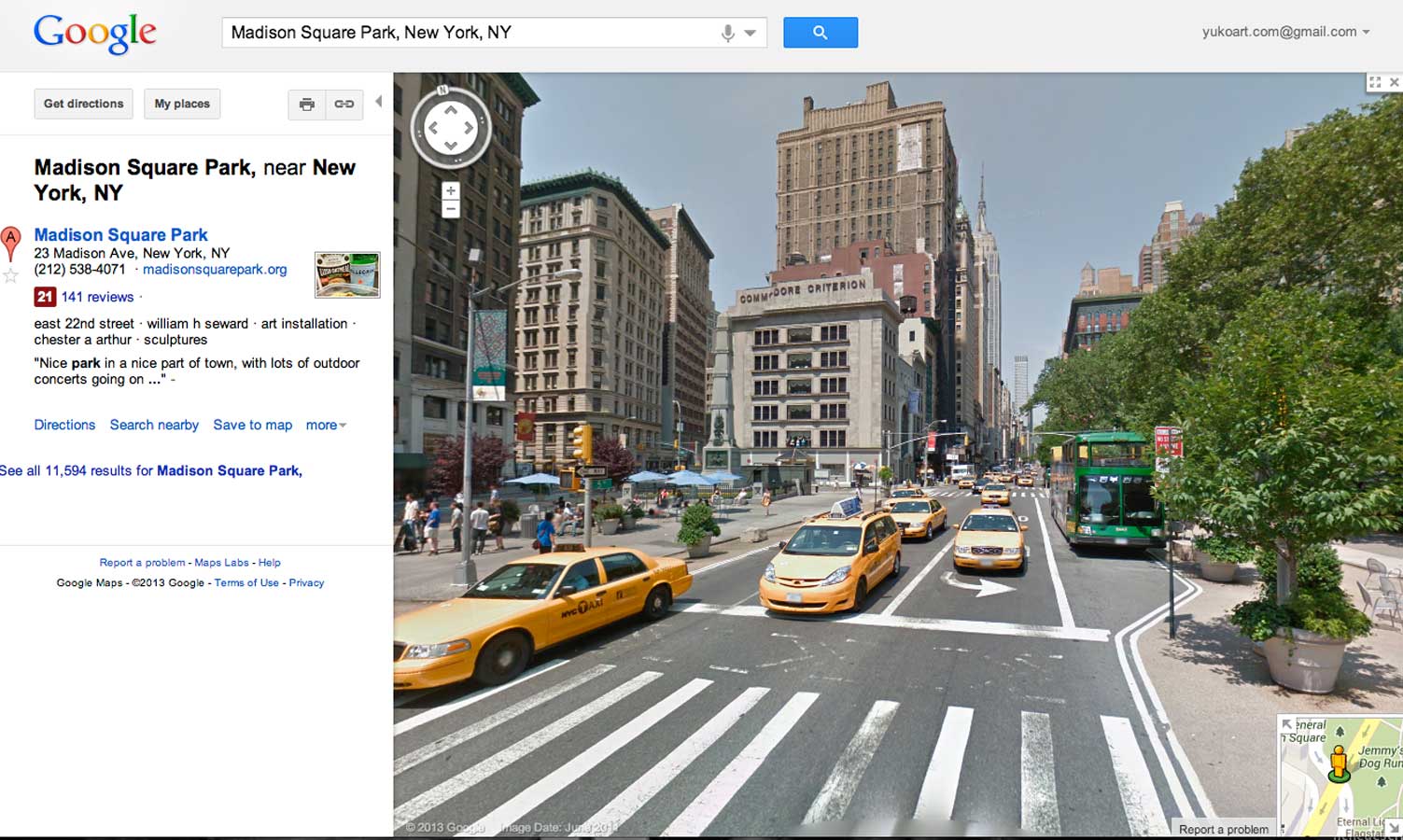 Then, here is Google Map Street View. I can walk up and down the avenues virtually. 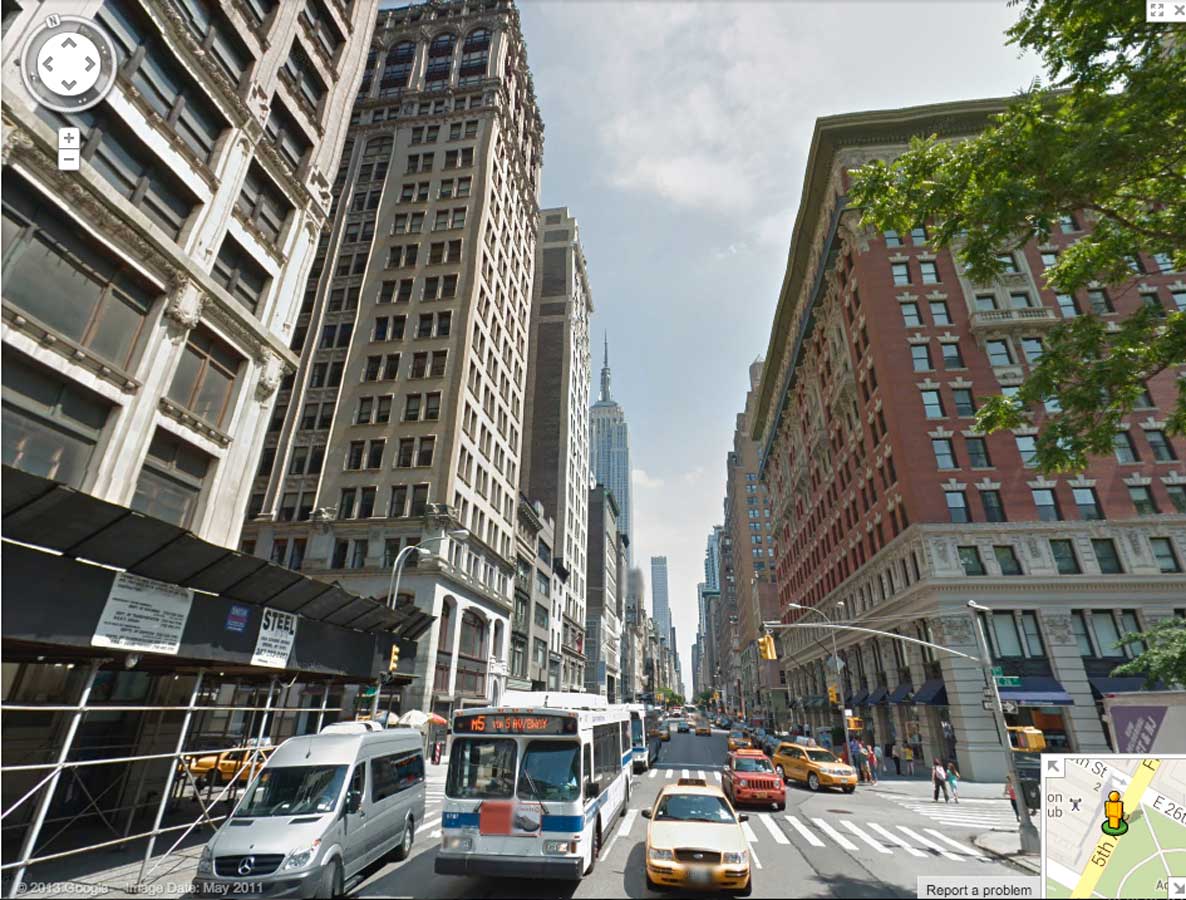 I really liked this pink building on the right, so I walked around it virtually to get the details and understand the structure. 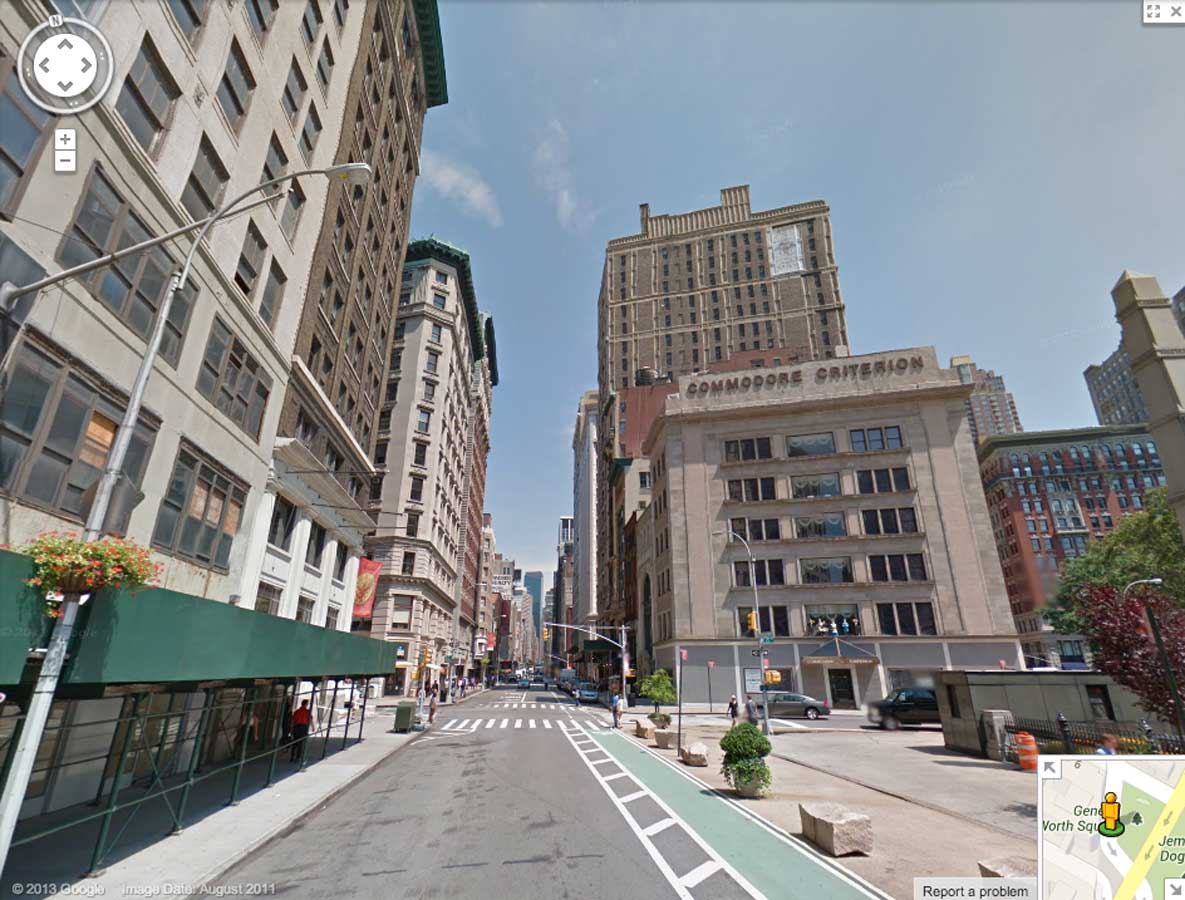 This is a rare cross streets where two avenues and a street meet all at once. So, I walk up and down the other avenue to understand the buildings surrounding it. 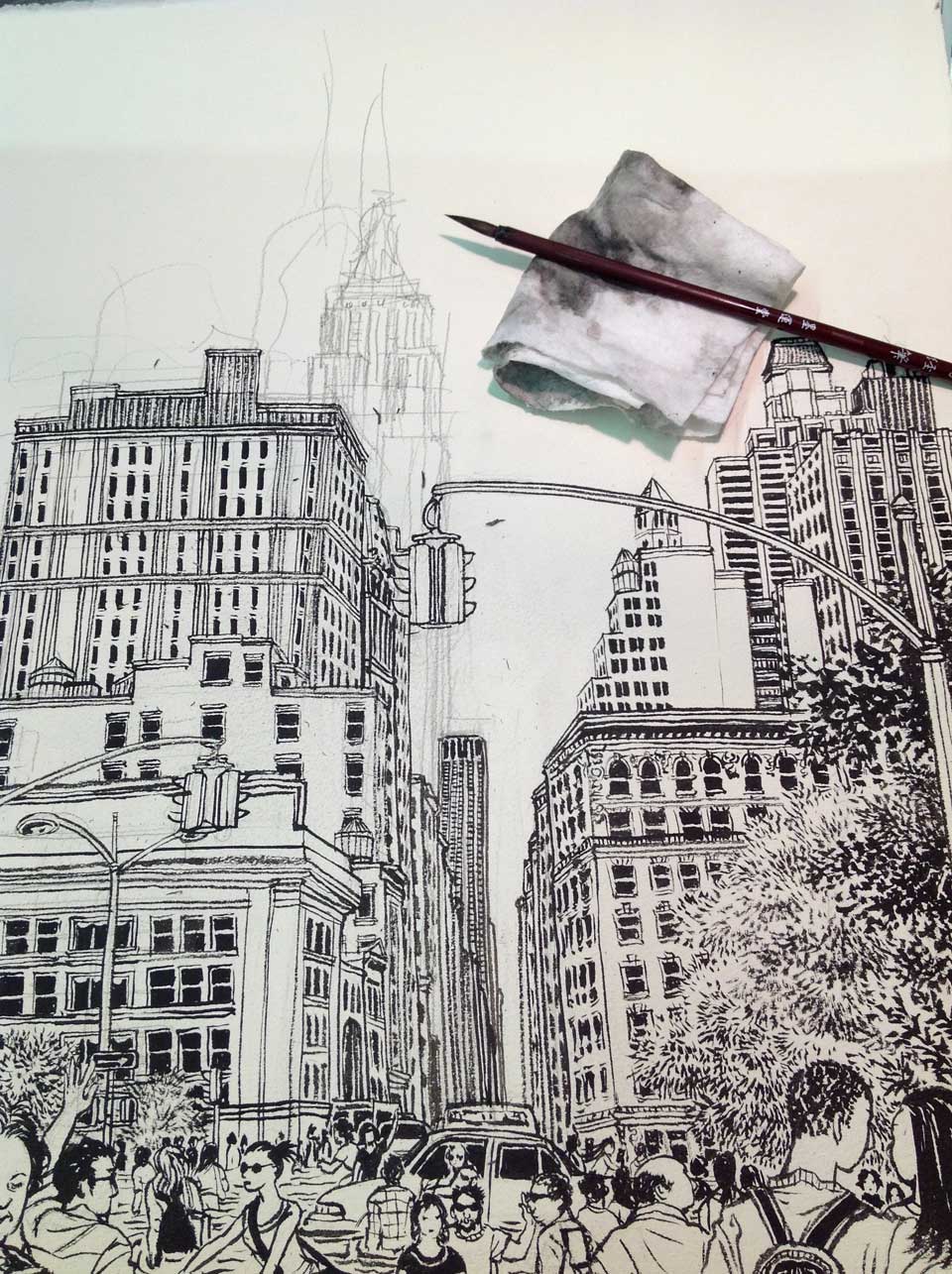 Having all the windows open on my screen, I get to work. I virtually walk around as I draw, according to which part I am drawing. 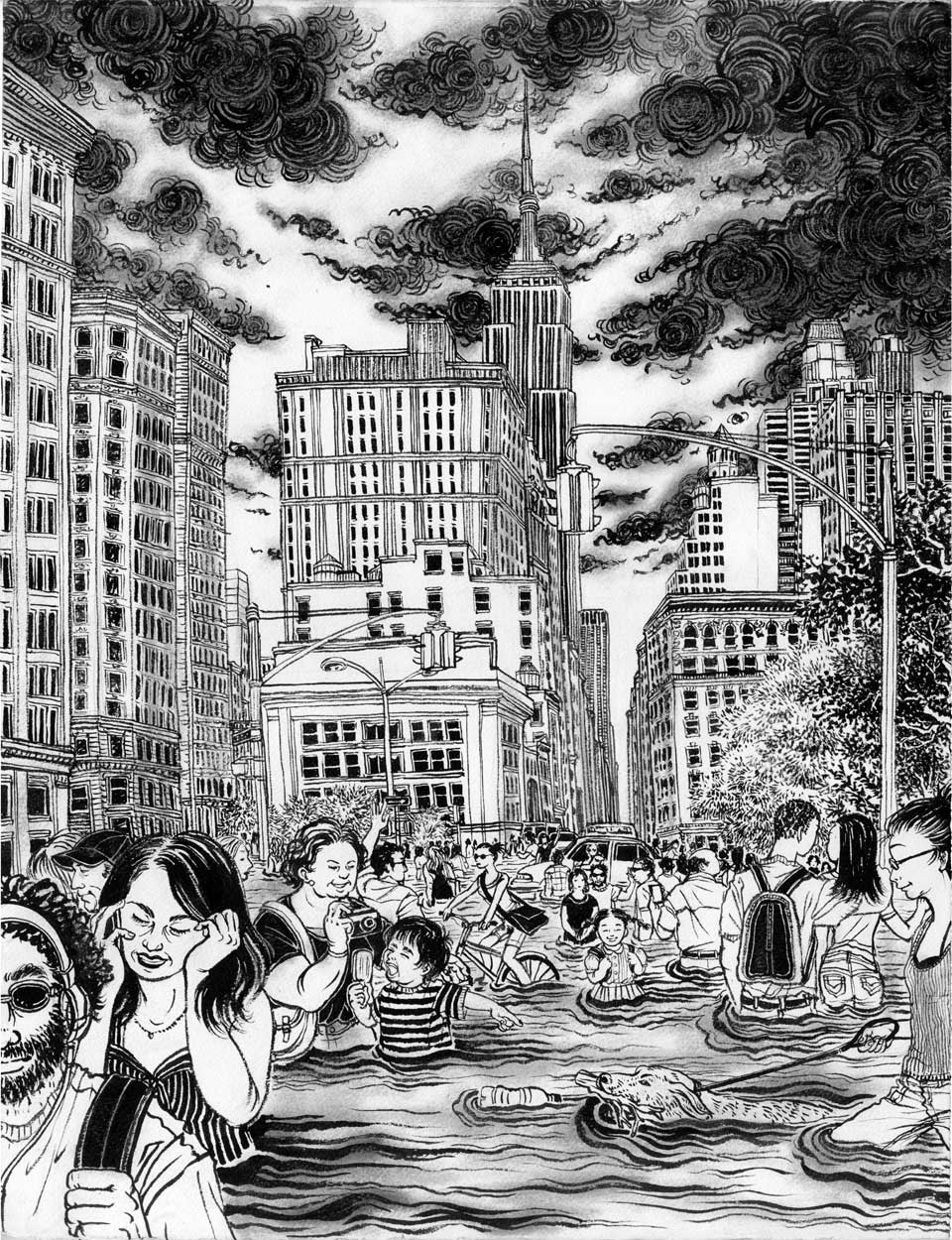 I didn’t mention about the characters in the image, but that was another fun part of this project.
Williamsburg hipster dude listening music on his big headphone, hot girl (but a realistic one and not a movie star kind) talking on her phone, teenage couple, George from Seinfeld look alike… A girl with the dog is based on one of my students who had to give away her dog to the neighbor and feeling sad, so I decided to draw her with a dog happily taking a walk.
And oh, the small girl in the center with backpack is me as a child. 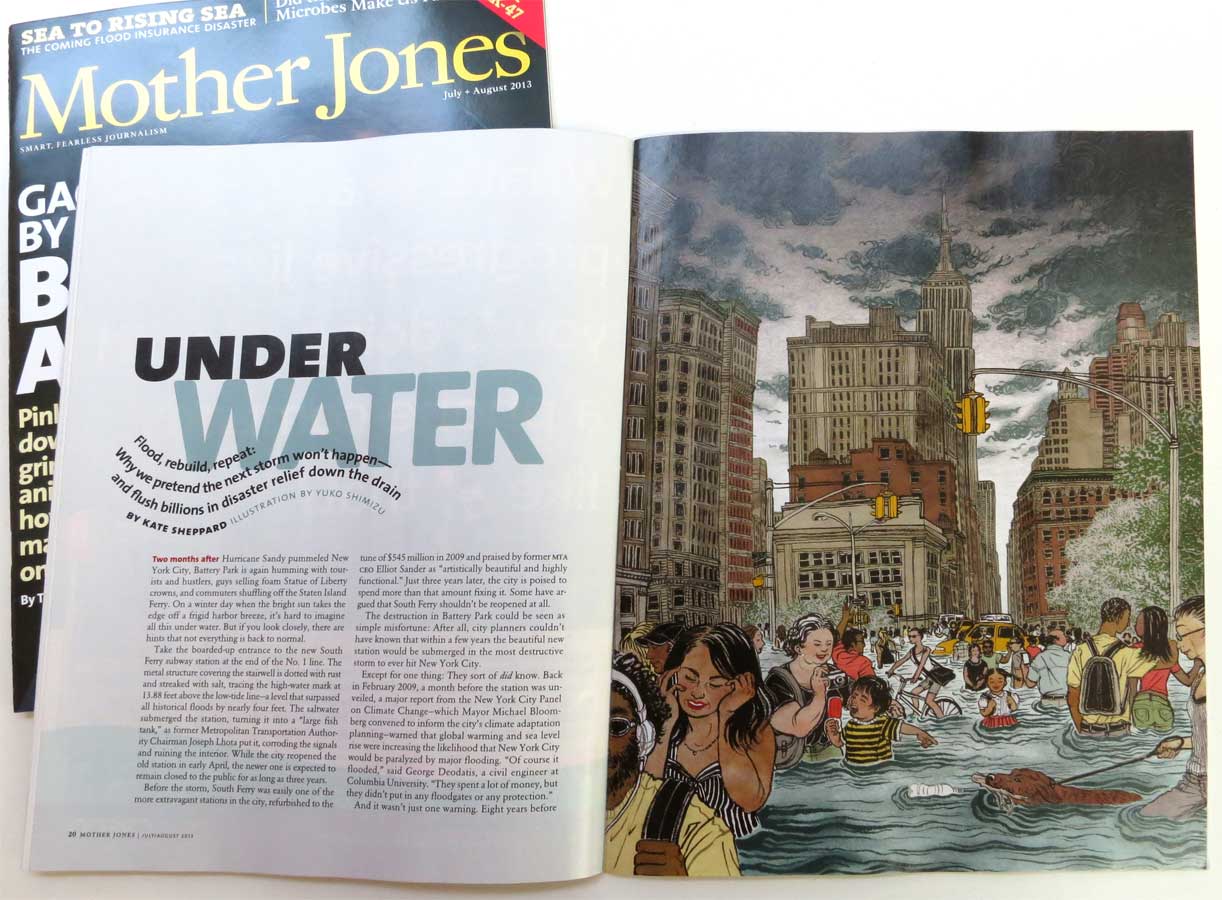 Last but not least, thank you AD Carolyn Perot for this fun project. Mother Jones July/August issue is in newsstands now.