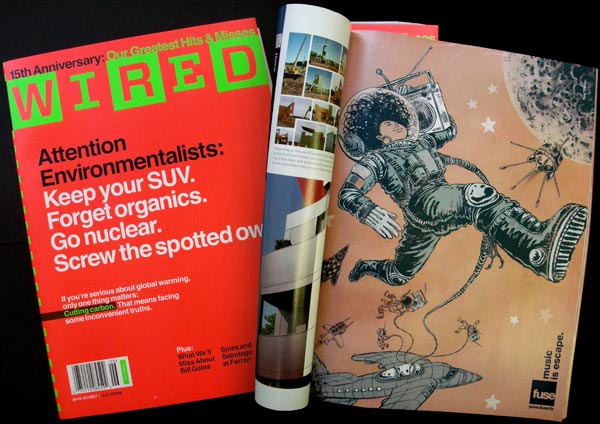 FUSE TV’s new illustrated advertising campaign just kicked off. There are multiple artists involved in this project including Shepard Fairey and Hellovon. Each of us made a poster in theme of “music is __”. Mine is “music is escape”.This ad has already appeared in the latest issue of WIRED, as well as posters all over New York City. (I haven’t seen the poster yet, but I was told by some friends that they had seen them.)You may have seen this image already. After going back and forth with multiple sketches, the client ended up liking this image I had created for NPR‘s 2006 calendar so much so they decided to go with it. (I made some minor changes to the image.)

Thank you NPR for allowing us to reuse this image. (Yes, I am a member, and I am listening to WNYC as I update my site now.)