life condensed to 5 minutes, and consequences of being on TV 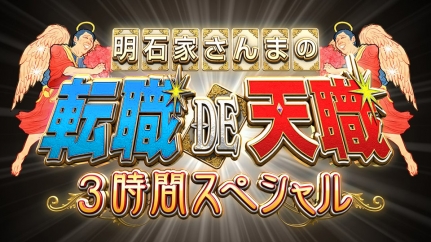 Thank you for those (mainly in Japan) who watched the TV show I was in on Monday night (明石家さんまの転職de天職). I have been getting overwhelming (mostly positive) responses since.
My website is getting a lot of new visitors,  I got reconnected with some of my old friends and cousins, and some strangers wrote nice e-mails, to which unfortunately I won’t have enough time to write back to everyone, so please do forgive me in advance.

I have not seen the show’s final edit (except for 4 minutes segment they shot in NY previous to studio recording), so I cannot speak for the whole thing, but I believe I do owe some explanation, because at the end of the day, it is one person’s life condensed into just 4 short minutes. Everyone’s life looks a lot simpler in 4 minutes, you know. 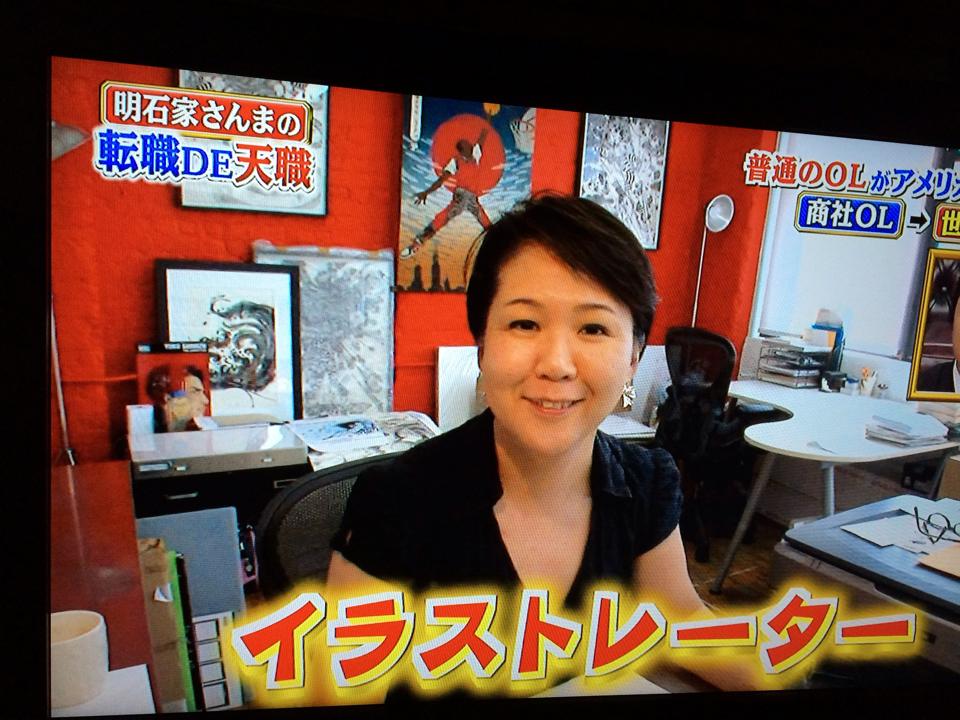 TV producer asked me if I like the host of the show, Sanma Akashiya (明石家さんま), one of the most respected Japanese comedians. I said yes, of course. I grew up watching his shows. I said it may be my one chance to actually meet a person I only know from TV screen. Then on the final show, they edited as if he is the biggest crush of my life. I can laugh it off, but I want to clarify, that one comedian I am in love with is, actually, Stephen Colbert.

Some strangers asked me about how I learned English. The show did not mention I grew up in New York as a kid. My English was, of course, kids’ English, and it was not great, I still had to study intensively for TOEFL exam in between and commute to work, so I get high enough score to be able to apply for US colleges. One of the reasons I left Japan was that I felt I was always treated as a ‘weirdo gaijin’ rather than one of them, and I felt much more comfortable being in New York where being different is appreciated.

There are other things like my former coworkers pointed out sarcastically like “I didn’t know you were an ordinary OL (office lady)”. I was working in PR department, researched, edited and written company magazines, brochures, annual reports, went onto multiple foreign business trips in that tenure. So, the image the term ‘ordinary OL’ evokes, which is you sit at the desk and do paperwork, maybe a bit out of context, but I won’t get too much into details. (photo is during a business trip to Hong Kong office around 1997, with now my life-long friends I met there.) 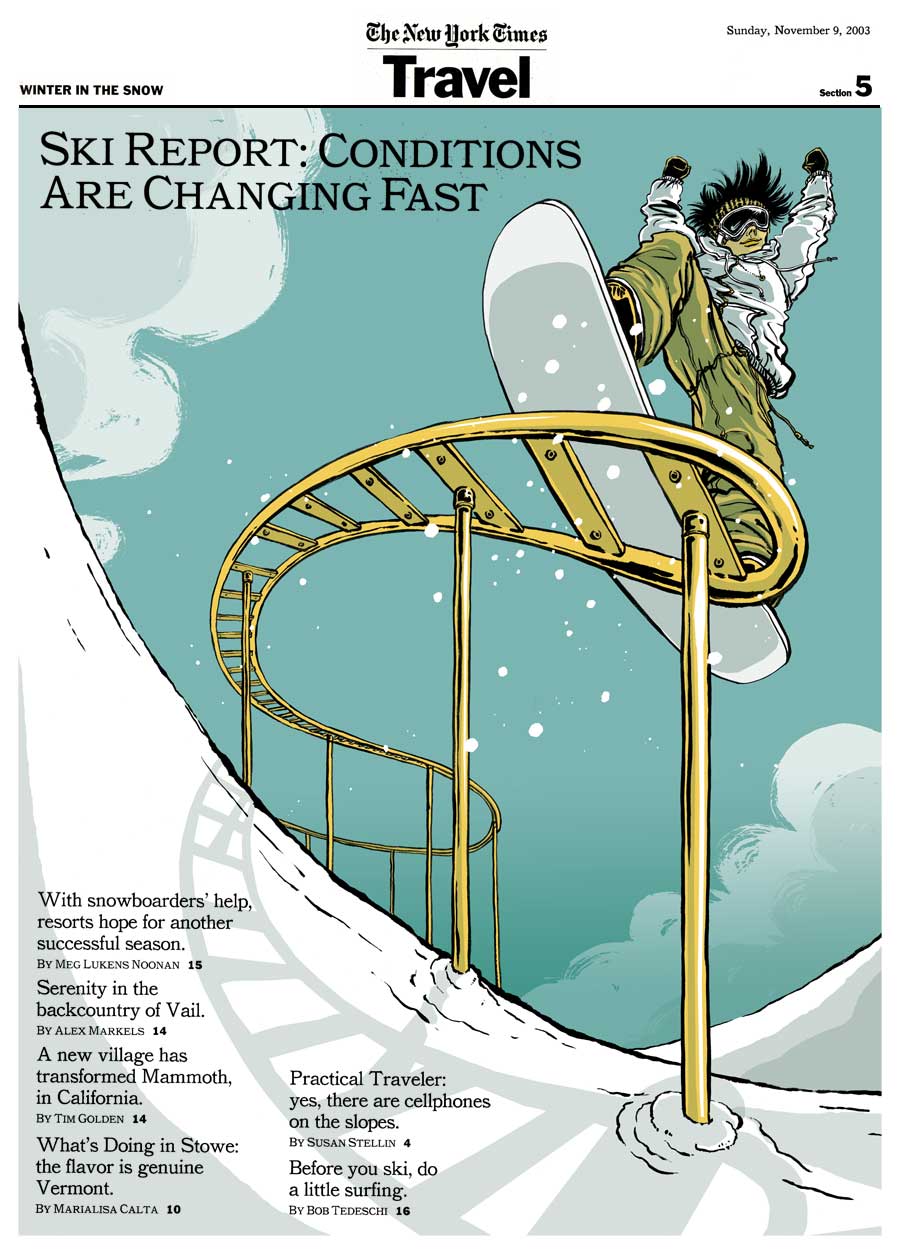 They have asked what is the typical lowest rate in illustration as well as one of the highest rate you can earn. If you felt that we illustrators get paid that top rate all the time, I can reassure you, that is like ‘one in the lifetime’ jackpot, if you ever hit it. Though, for that jackpot, one probably needs to work for months and months of long hours to complete the project. Nothing is easy.

I had to pick one job that turned my career around (from struggling to not so).
I always say there is no ONE career changing moment. If your career skyrocket with one project, then your career would most probably fall as fast as it has gone up. I truly believe in this.
I did pick a New York Times Travel Section cover from very early on in my career that got my work seen by a lot of people. My first big job. Till this day, I remember how excited I was to work on that job, and to see the actual paper. (Thank you AD Barbara Richer)  However, if you have seen the show and you thought that changed my life 180 degrees, I want to clarify that it totally DIDN’T.

I worked  365 days a year, 10-12 hour days, without any day off, for first 2-3 years of my career. I don’t think I can do that now, and nor would I want to, However at that point, I didn’t mind because I was new, I had little money with big dreams, high ambition, and I was ready to work as much as I possibly can to get there.
Looking back, that kind of motivation and work ethic was absolutely necessary. If I wasn’t ready to do that long and hard work stretch, I should have picked another occupation where I would not mind doing it. Life of freelancer is not easy, and the secret of success is how much you want to do it, and how much you actually do it.

All and all, it was a great one time experience being on TV.
I learned a lot about how a TV program is made, and how much work goes into it. I got to meet a comedian (not my crush) I only knew from watching TV, and realized why he has a successful career for over 30 years (he was the pro of the pro!), and I have even higher respect for him (again, not my crush).

Last but not least, here is a portrait I got commissioned by the program to dedicate to him. The title of the piece is “The World Heritage of Comedy (お笑い世界遺産)”. Hope he put this up on a wall in his house… 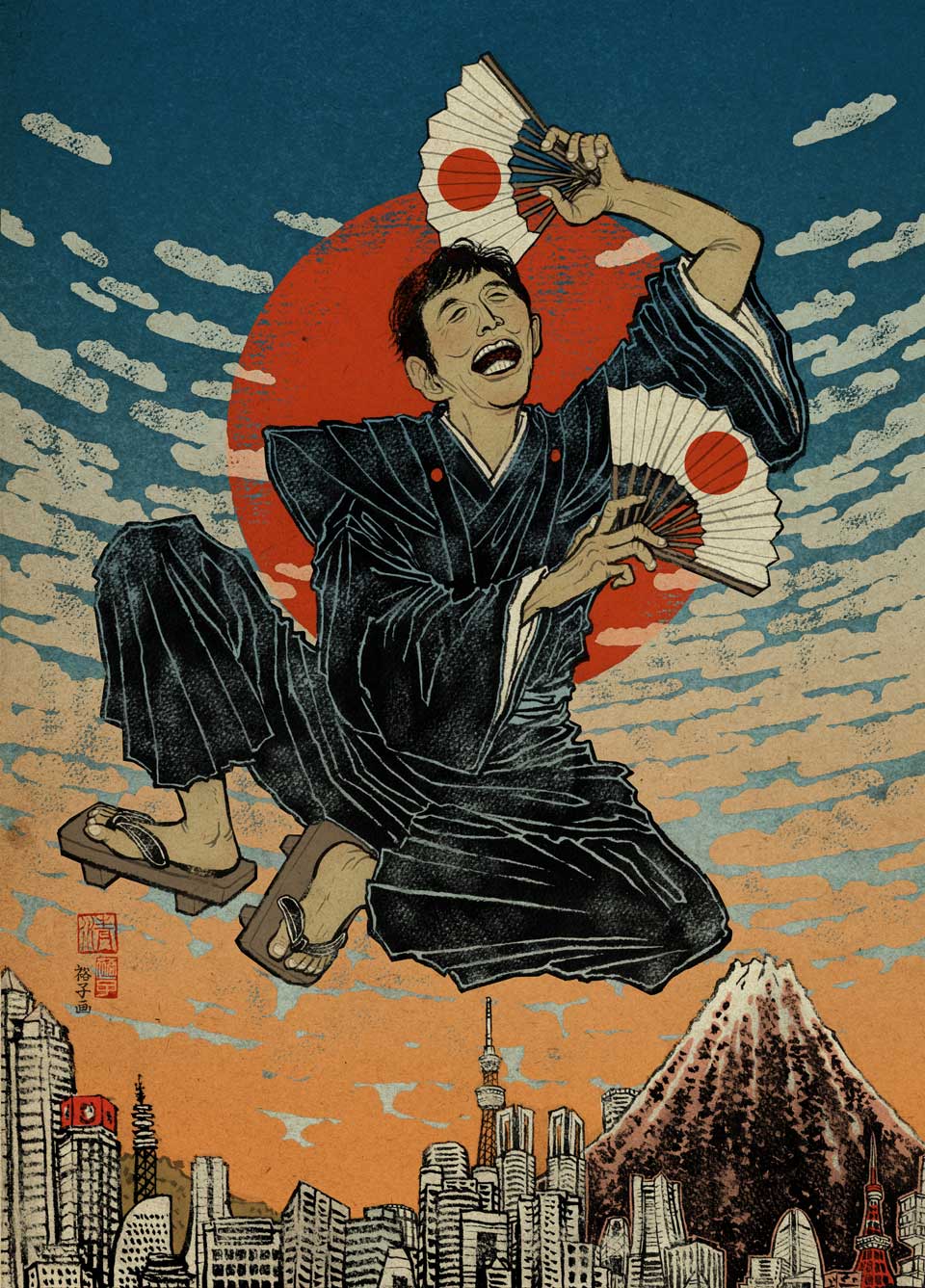