Collaboration between Sundance Film Festival and Todd Oldham was just announced.
Among T-shirts and other products that wil be released, there will be an art book edited and curated by Todd Oldham, Sundance Film Festival A to Z.  I am excited to be a part of it, along with friends and fellow illustrators I admire, such as Chris Buzelli, Marcos Chin and Victo Ngai. Exhibit of the works is also scheduled during the film festival.

“An art book titled Sundance Film Festival A to Z will feature the work of 26 renowned illustrators reflecting their own interpretations of Festival films and artists representing each letter of the alphabet.”
“Oldham said, “I find independent film to be endlessly inspiring, and the Sundance Film Festival has provided a platform for many of the most creative and prolific films and filmmakers of the past three decades.”

I cannot show the full finished piece  just yet, but here is a photo of  my work in progress. My alphabet was “K”. Can you find film titles, actors and directors who’s name starts with K here? Answer will be revealed in December. 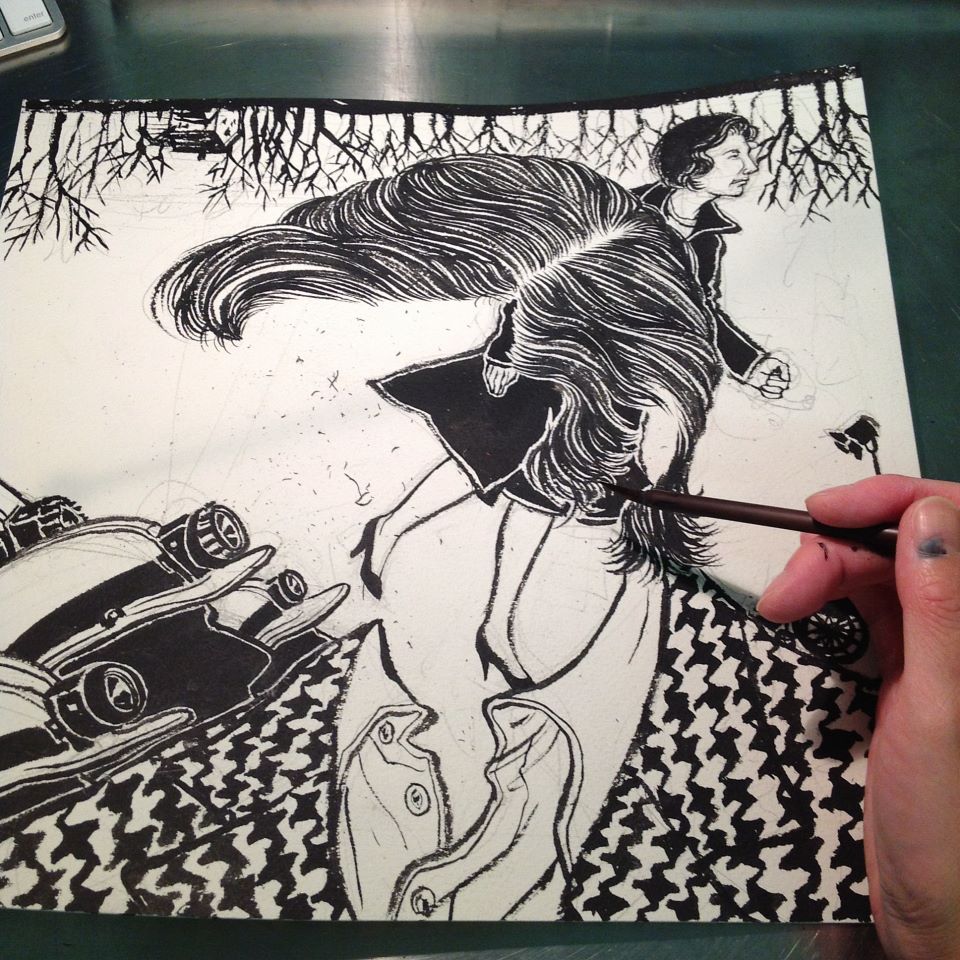